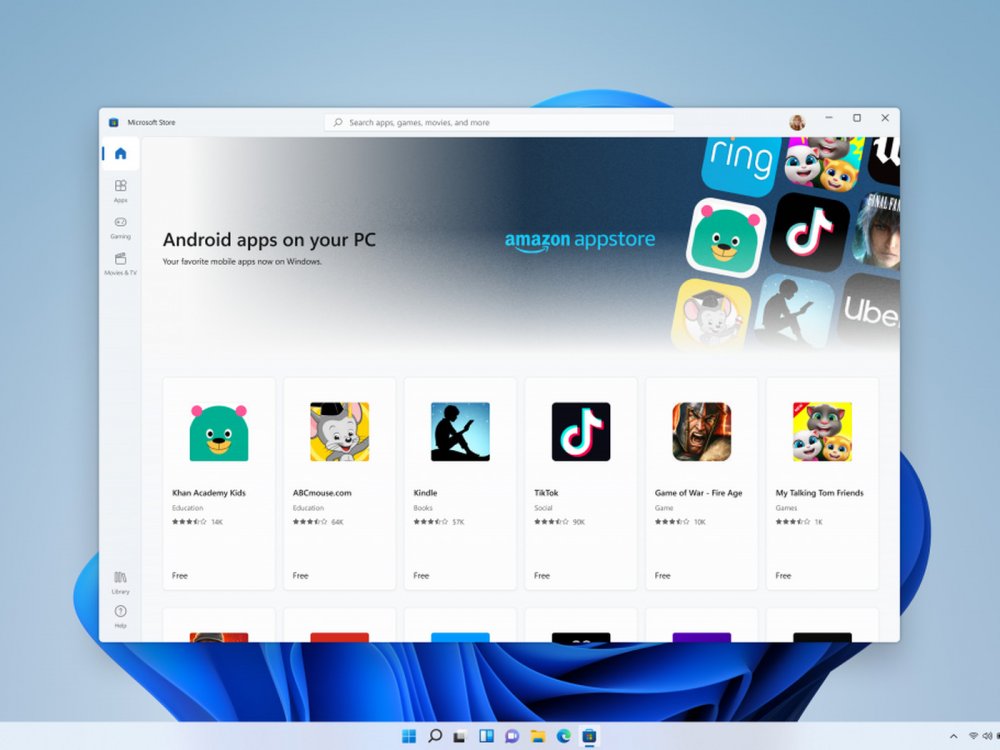 Redmond tech giant Microsoft has announced that there will be no support for Android apps on Windows 11 when the operating system launches on October 5.

Microsoft will only start previewing the feature in the coming months while Android apps running on Windows 11 is one of the big new features of the OS.

The General manager of Windows marketing at Microsoft, Aaron Woodman stated that the company is hoping to bring Android apps to Windows 11 and Microsoft Store through the collaboration with Amazon.

“We look forward to continuing our journey to bring Android apps to Windows 11 and the Microsoft Store through our collaboration with Amazon and Intel; this will start with a preview for Windows Insiders over the coming months.”

Hopefully, Android apps won’t arrive on Windows 11 until 2022, as Microsoft tests the feature with Windows Insiders first before rolling it out generally months later. While Android apps won’t be there on day one, Windows 11 will still include the promised Microsoft Teams integration, a new design with an updated Start menu, Snap Layouts, Groups, Desktops for improved multitasking, and a greatly improved Microsoft Store app.

The tech giant also stated that Windows 11 will be launched on October 5th and it will be available as a free upgrade for eligible Windows 10 PCs by mid-2022. New PCs will get it first, followed by existing devices receiving the upgrade in the following weeks and months.