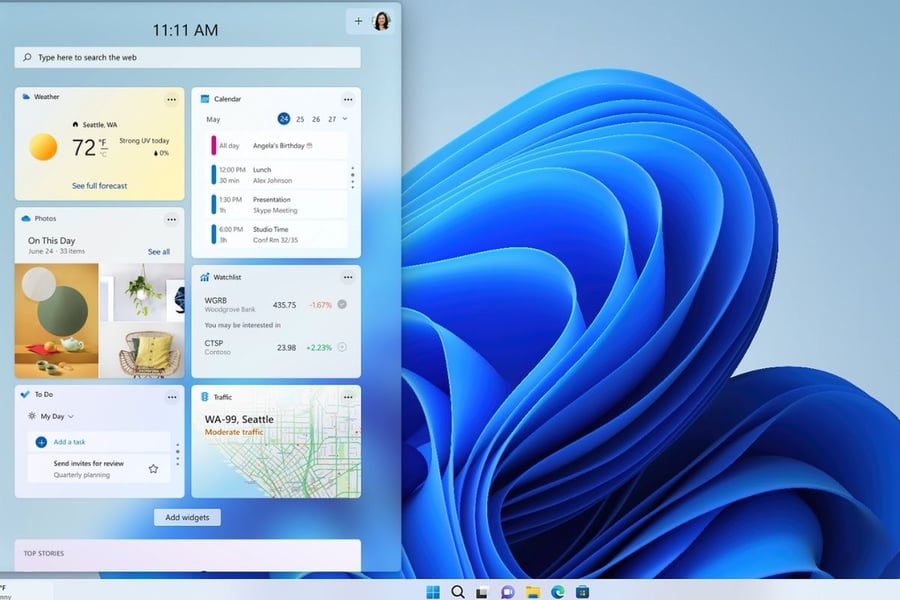 Redmond tech giant Microsoft has revealed at its Build developer conference that widgets for third-party applications will be available later this year.

Windows 11 widgets are expected to become increasingly useful in the following months. The operating system will accept third-party widgets later this year, according to Microsoft's Build developer conference.

Developers will be able to construct widgets for their Win32 and progressive web projects using Microsoft's Adaptive Cards technology.

"People appreciate having seamless access to the stuff that is most essential to them without interrupting their workflow."

It could be beneficial to give third-party developers widgets so they can deliver information that Microsoft doesn't provide through its own programmes.

For example, a widget may show your Twitter timeline or WhatsApp conversations.

Because of the potential for abuse, Microsoft eliminated widgets (also known as gadgets) in Windows 7.

Microsoft hasn't stated much about how third-party widgets will work in Windows 11, so we can only hope for some quality control to keep bad actors at bay.