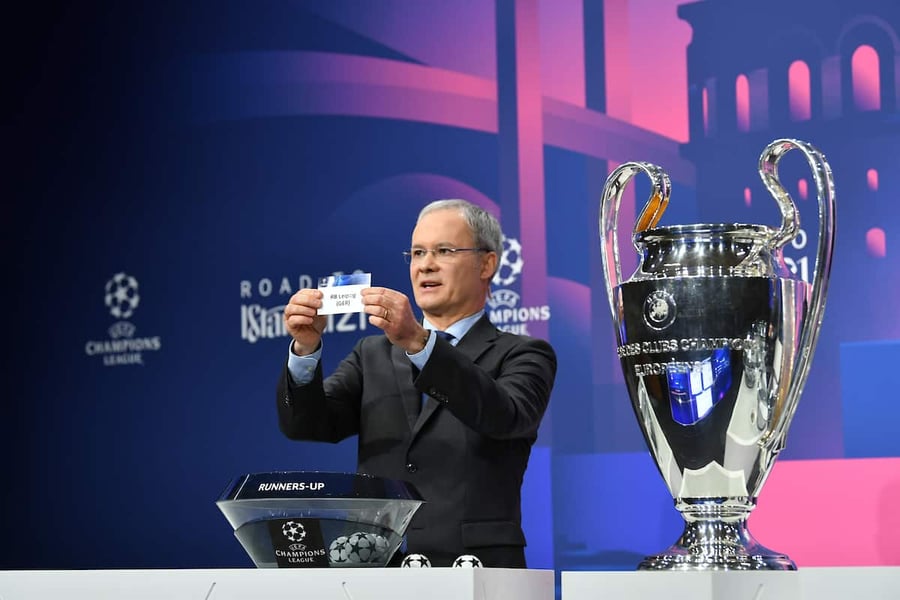 In an unprecedented move by the European governing body on Monday, due to a technical error, UEFA has to undertake the usual fixture for the Round of 16 2021-22 season.

As explained earlier by AllNews, the issue happened during Manchester United's draw where they were pitted against fellow Group F qualifier Villarreal which was not allowed by the UEFA rules.

Instead of a redo, the UEFA officials skipped Manchester United and move on to Atletico Madrid -- the Spanish Champions drew Bayern Munich leading to complain of clarification -- UEFA thus made the decision to have the draw redone.

The new draw led to different opponents for all the teams in the Round of 16. We take a look at the winners and losers of the new fixtures.

Real Madrid are the biggest loser in the new draw after getting a quite easier opponent (Benfica) compared to a more formidable opponent (PSG).

They are also very vocal about it calling the redo a 'scandal'. Benfica pipped Real Madrid's eternal rivals, Barcelona to the second position behind Bayern Munich -- so they are not a walkover but to take Benfica to a Lionel Messi-reinforced PSG, Real will pick Benfica every day.

Most football fans would have loved to see Messi-Ronaldo renew their rival at their new clubs but they will have to wait a bit more as Manchester United escaped facing PSG early in the competition.

The same snare Manchester United were in the first draw is now the same Real Madrid walked right into.

Although facing Atletico Madrid is just a little relief given the aggressive style of play of the Spaniards but with Ronaldo on United's side -- a player who has hurt Atleti several times -- United are regarded as a winner in the new draw.

Chelsea's opponent didn't change at all, as they were still paired against Ligue 1 champions Lille who although they qualified top of their group are not much of a formidable opponent for the reigning European Champions.

Thomas Tuchel who spent over 2 years in France is not also a stranger to Lille.

Chelsea are favourites to progress between the clubs.

Atletico Madrid could also be regarded as a winner because compared to Bayern Munich, Man Utd is a small fry despite having Ronaldo in the team.

Diego Simeone's men would take Manchester United every day over most feared Bayern Munich. No team in the draw will want to face Bayern Munich, not yet anyway.

With the ranks of Antoine Griezmann, Luis Suarez, Joao Felix, Yannick Carrasco in the squad, Atletico can push for the win against Man Utd compared to facing Lewandowski's Bayern Munich over the cause of two legs.

Given our previous praises on Bayern Munich, you would find it surprising that they are classified as a winner -- well, the truth is anything can happen in football.

A historic defeat against Borussia Monchengladbach, defeat to Augsburg,  has shown that Julian Nagelsmann's side are formidable but not invincible -- they can be beaten.

In the new draw, Bayern escaped PSG, Liverpool and got Salzburg which will give them more breathing space moving forward in the tournament.

None of the draws favoured Salzburg -- initially, they drew Liverpool and now they face Bayern Munich. Well even if means the end of the road for the Austrian's side, they would play ball.