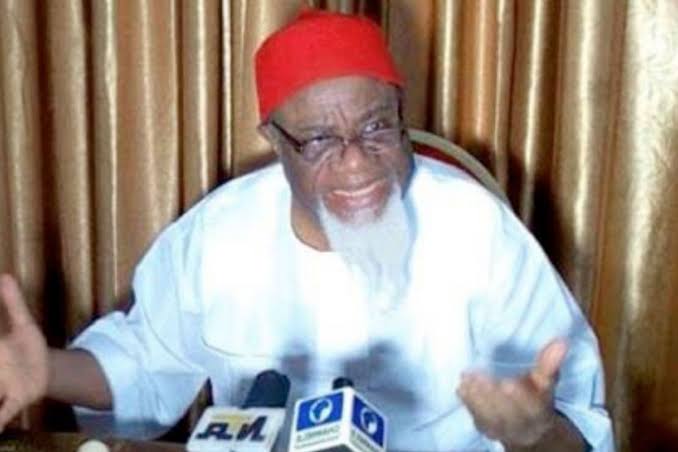 The Igbo Elders Consultative Forum (IECF) has called on the Federal Government to urgently demilitarize the South East and embrace dialogue in other to forestall any security threat to the November 6 governorship election in Anambra State.

The forum also demanded the immediate release of over 5,000 Igbo youths arrested by security agencies on the suspicion of being members of the Indigenous People of Biafra’s Eastern Security Network, stressing that doing so would facilitate the peace process and restoration of normalcy in the South East.

The Chairman of the IECF and former Governor of Anambra State, Chief Chukwuemeka Ezeife, stated these during a press conference in Abuja.

“Our attention has been drawn to the increasing militarisation of the South East, and the consequent built-up tension and security challenges in the zone, thus threatening hitch-free conduct of the scheduled November 6, 2021, Anambra State election.

“The increasing insecurity in the South East has taken a frightening dimension and remains a terrible and worrisome puzzle that must be addressed for the Independent National Electoral Committee to conduct a free, fair and credible election in Anambra State.”

“We, therefore call on the Federal Government to demilitarise the South East, as well as take other necessary administrative and non-kinetic measures to restore peace in the zone, thus paving way for smooth conduct of the scheduled Anambra State election.

“Similarly, the Federal Government should immediately release the over 5,000 Igbo youths arrested by security agencies, and dumped in different detention camps in various parts of the country under dehumanising conditions in the name of unknown gunmen, IPOB, ESN, among others.

“This will facilitate peace process and restoration of normalcy in the South East. A political solution through the instrumentality of dialogue with all relevant stakeholders is key to the present security imbroglio in the South East.

“It is our firm belief that a secured and peaceful environment is indispensable for the conduct of free, fair, and credible election in any democratic state, including Anambra State.”

While stating that the Federal Government is central to the restoration of normalcy and peace in the zone, the erstwhile Anambra governor nonetheless urged other stakeholders to rise up to the occasion of ensuring the security of lives and property in Igboland.