Woman Narrates How She Lost Her Pregnancy In SARS Custody 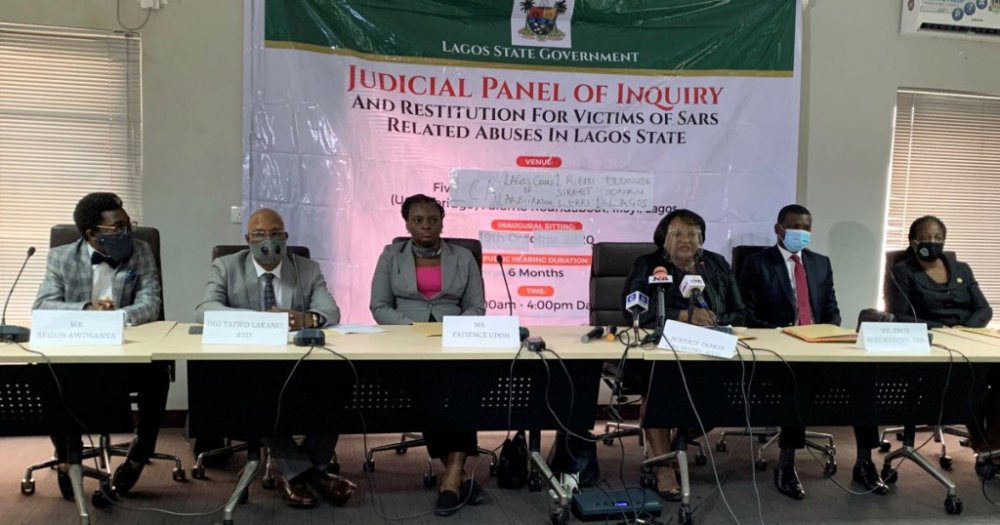 A woman identified as Ndubuisi Obiechina says she lost her two-month pregnancy while being detained for twenty-two days at the Special Anti-Robbery Squad (SARS) in Ikeja, Lagos State.

She disclosed this on Saturday at the continuation of the hearing of the Judicial Panel of Inquiry and Restitution set up by the Lagos State government to look into allegations of brutality and highhandedness by personnel of the disbanded Special Anti-Robbery Squad (SARS).

“For one week, as a pregnant woman, I did not eat, I did not drink. I told them I wanted to go and register for antenatal. They said I should give birth to the child there,” she said.

“I told them the doctors said I don’t need any stress that my kind of body is the body that needs to stay one place. They said, no. Let the baby die. In the process, I lost the baby.

“It was later after the detention, I went to the hospital. They then found out that the baby was gone. We had to wash it off.”

Obiechina, who is also the first petitioner in Saturday’s hearing, tendered court judgements as exhibits to the judicial panel.

She informed the panel that a few month after she and her husband were released, Obiechina was rearrested by SARS operatives and taken into custody.

The victim revealed that she was pregnant but lost yet another unborn baby, as a result of the stress and trauma she went through in the process.

After listening to her submission, the Chairman of the Panel and retired Chief Judge of Lagos, Justice Doris Okuwobi admitted as exhibits, the judgements delivered in 2017 and 2020 respectively.

“Judgement in appeal CA/L/178 of 2018 COP and others against Mr Obiechina and another dated March 20, 2020, is hereby admitted and marked as Exhibit B,” she said.

When asked for any other matter to be used as an exhibit, the petitioner’s wife, Ndubuisi, narrated how police authorities extorted her and her husband.

While noting that the SARS operatives also arrested her husband who came to check up on her, the victim said they were put in different cells.

She also revealed how SARS operatives unlawfully took N50,000 in their possession and alleged that they both paid N150,000 and N250,000 cash for their bail.

The victim explained that although the court awarded her N2 million as damages against the police authorities, she is yet to receive the sum.