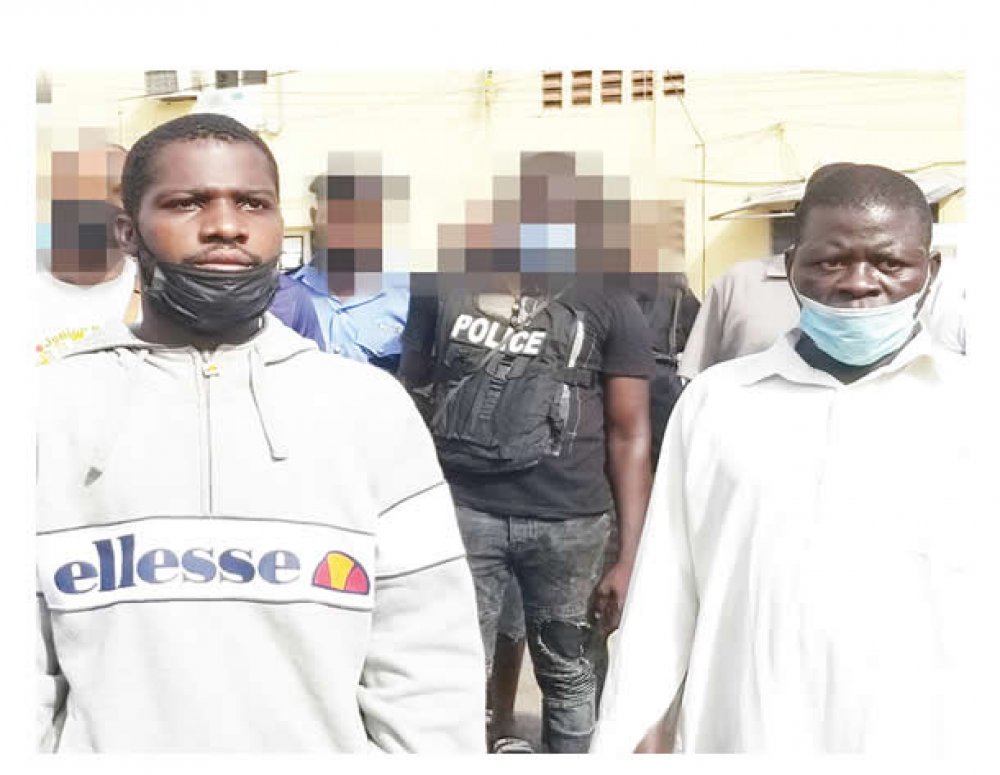 According to report, the suspects were paraded at the command headquarters in Ikeja on Thursday after they were arrested for using the image of Oba Elegushi to defraud a woman they met on Facebook to the tune of N51 Million.

The Lagos State Commissioner of Police, Hakeem Odumosu stated that Olaitan and Omoshola were tracked down and arrested three months after perpetrating the crime.

In his confessional statement, Olaitan who is a painter stated that after he opened a Facebook account in the name of the monarch, he started posting different pictures of the traditional ruler to attract potential suitors.

“I was paid N2.5m and it was when I was brought to the command that I got to know that what she paid was N51m. How I was arrested was that the police tracked my cousin’s number. I was making arrangements for my birthday when the police arrested me," Olaitan said.

Omoshola, in his confessional statement, stated that Olaitan introduced him to the victim.

He said: “I took him to those who provided the account used in collecting the money from the woman. I collected N3.5m. I was shocked when I heard that the money was N51m.”