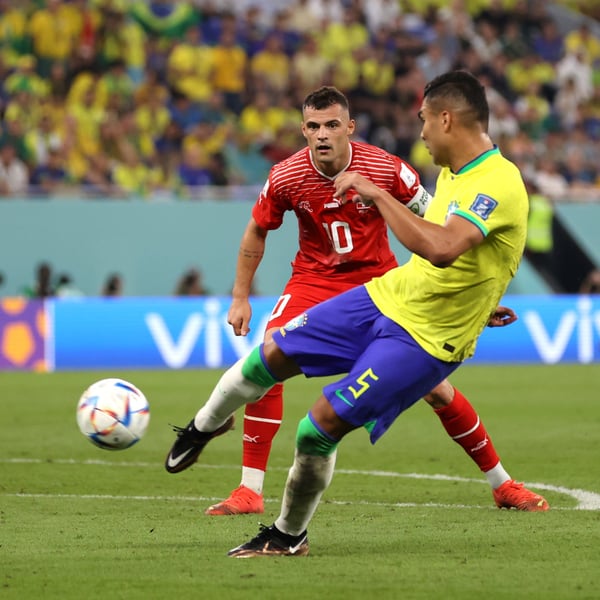 Brazil continued with free-flowing football but faced a tough Switzerland side until Casemiro's volley rescued the moment as they joined France as the only two teams to have qualified.

Vinicius Junior thought he had given Brazil a lead at Stadium 974 but VAR intervention ruled Richarlison off in the build-up to the goal.

Switzerland had to sacrifice their attacking runs for some defensive duties given that they had 4 shots with none on goal while they kept Raphinha and Vinicius at bay up until the 70th minute.

After substitute Antony, Gabriel Jesus and Rodrygo came on, there was more pressure on the Swiss defence till the goal went in, in the 83rd minute.

Casemiro wandered deep into Switzerland's box, where he was picked off by Rodrygo and he slammed the ball which took a little deflection off the defender into the inside net, Yann Sommer was left stranded between the sticks.

Brazil, France are now the only team with 6 points and already sealed a place in the next round of the Qatar World Cup with a game to spare.