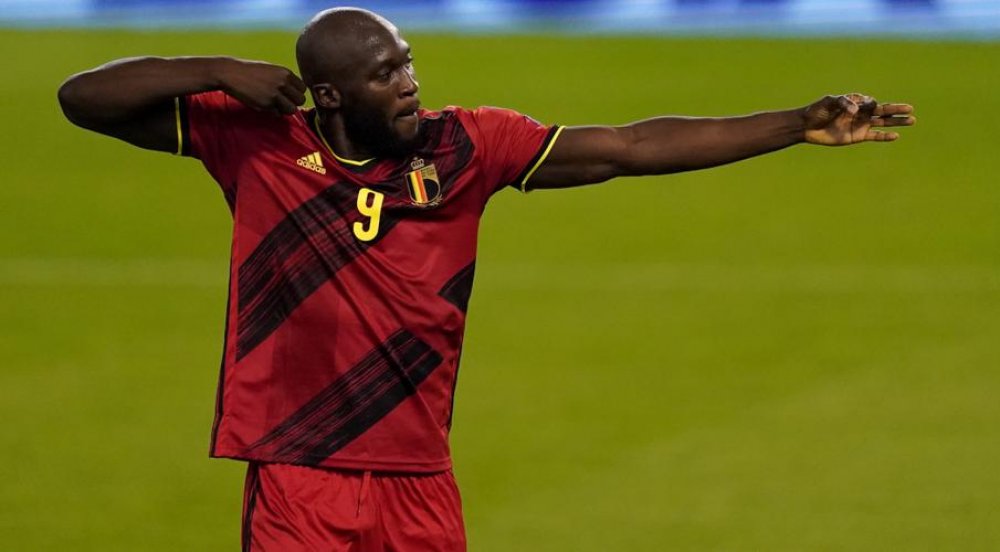 Romelu Lukaku marked his 100th cap with an early goal to set Belgium on their way to an impressive 3-0 win over the Czech Republic in their World Cup qualifier in Brussels on Sunday.

It was Lukaku's 67th goal for his country and came after eight minutes, followed by a second from captain Eden Hazard four minutes before halftime.

Substitute Alexis Saelemaekers added a third with 25 minutes left to play to underline Belgium’s top place in the Fifa rankings and extend to 29 games their unbeaten home record.

The victory consolidated Belgium’s top place in Group E as they moved to 13 points from five games, six points clear of the second-placed Czechs.

Lukaku, who was feted before the match for his milestone, wasted no time in emphasising his key role for the team, racing away onto a Hans Vanaken pass to expertly finish.

It was a typical quick Belgian transition play with Youri Tielemans initiating the attack as they floored their visitors with a quick counter punch.

The same Tielemans-Vanaken combination set up Hazard's 41st-minute opportunity. Vanaken's clever backheel fell for Hazard to shoot across the goalkeeper.

Lukaku had further opportunity to score but was twice denied by saves from debutant goalkeeper Jindrich Stanek, who had come on early after Tomas Vaclik was injured.

At the other end, Thibaut Courtois made two outstanding stops to deny the Czech and enhance his reputation among the world's best goalkeepers.

He came out to deny Matej Vydra, who was clear on goal early in the second half and then made a diving one-handed save to parry a stinging close-in shot from Vladimir Coufal.

Saelemaekers scored his first international goal after a smart build-up with Hazard backheeling Toby Alderweireld’s forward pass, Lukaku then flicking it on further and the substitute running onto finish it.