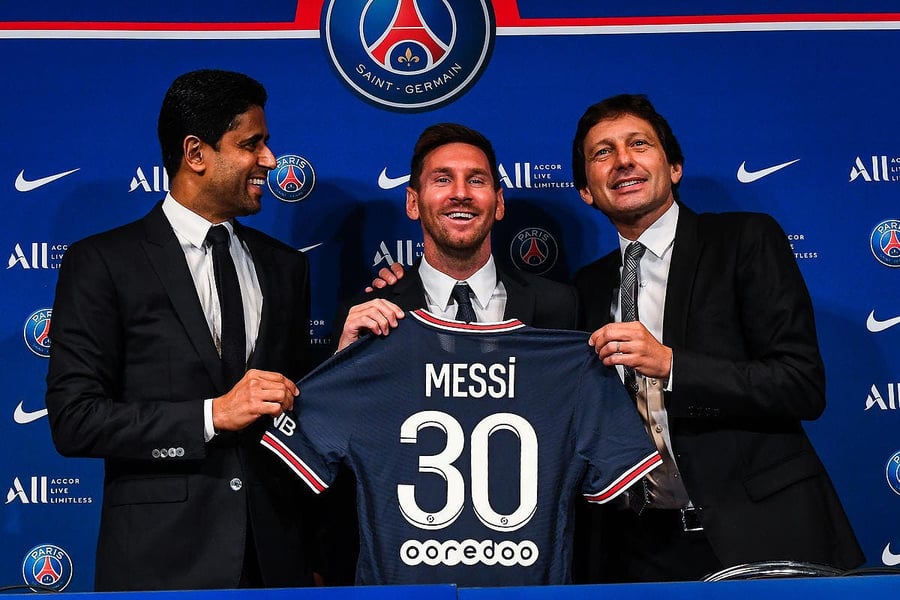 Lionel Messi's inclusion in the Argentina National team ahead of the doubleheader against Uruguay and Brazil has not gone well with the Paris Saint-Germain hierarchy.

PSG Sporting director Leonardo has said his mind on the travelling of Messi to join the Albiceleste Squad.

'We don't agree with letting a player, who isn't fit to play for us and is in recovery join up with his national side,' Leonardo said.

"It doesn't make sense and this kind of situation needs to be discussed with FIFA."

Messi currently has a problem with his left knee and sat out the French side's Champions League match against RB Leipzig as well as their Ligue 1 game against Bordeaux.

It remains to be seen whether Messi will play a half in Montevideo or get a shorter run-out as a late sub. Reports on TyC Sports indicate, however, that Scaloni wants him to play 90 minutes against Brazil.

Brazil are currently in first place in CONMEBOL qualifying, six points above Argentina. Both should have no trouble securing automatic spots at Qatar 2022, but pride is at stake.

Meanwhile, Paris Saint-Germain will be watching on anxiously as it was a knock picked up in the last international break which has left Messi struggling ever since.