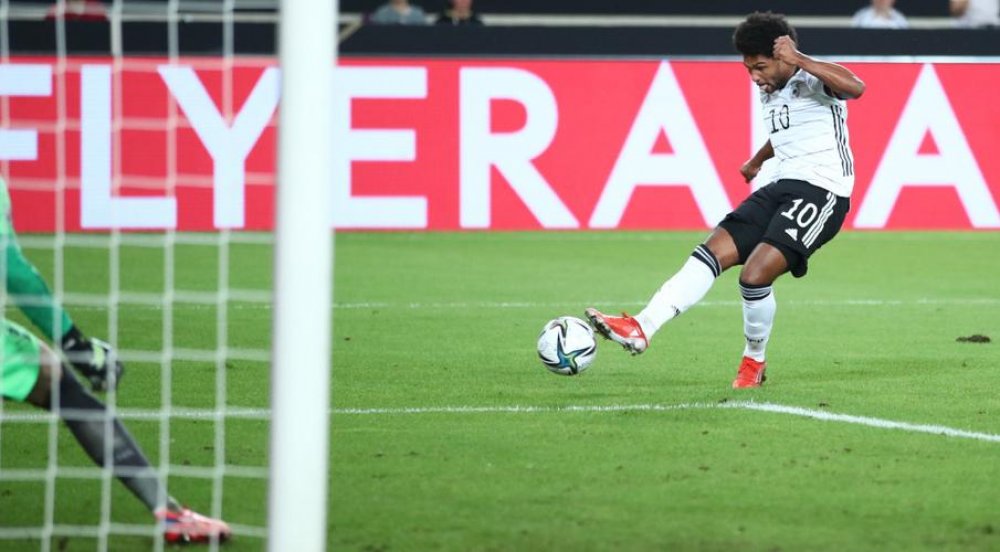 Germany No. 10 Serge Gnabry completed an early brace as Hansi Flick's men rediscovered their form in front of goal to hammer Armenia 6-0 on Sunday and go top of World Cup qualifying Group J with 12 points from five games.

Germany's attack struggled in a laboured 2-0 win over Liechtenstein on Thursday in their first game under new coach Hansi Flick, but against Armenia, it all came together in a dazzling display that also yielded another clean sheet.

The Germans took the lead in the sixth minute when Leon Goretzka picked out Gnabry with a brilliant angled ball, and the winger fired a dipping shot over the goalkeeper and into the net.

Gnabry added a second nine minutes later and in the 35th minute, it was the turn of Marco Reus, who was teed up by a superb volleyed backheel from Timo Werner to fire home a first-time shot.

The Germans displayed their full range of clever passing and deft flicks and were four up by halftime after Goretzka unselfishly headed the ball back across the goal for Werner to guide it home.

Jonas Hofmann added a fifth seven minutes after the break with a low bouncing drive, and substitute Karim Adeyemi put the icing on the cake with a goal on his international debut to make it 6-0 in second-half stoppage time.

After conceding in each of Joachim Loew's last seven games in charge, the Germans were watertight in defence, allowing a single shot on goal that was comfortably dealt with by goalkeeper Manuel Neuer.

At the other end, they managed to create 23 chances, getting 11 of them on target as the Armenians were out-classed.

The win means the Germans leap-frog Armenia to the top of the group, with their visitors now two points behind in the second spot. Romania are third on nine points, one ahead of North Macedonia.

Armenia National Football Team represents Armenia in association football and is controlled by the Football Federation of Armenia, the gove...