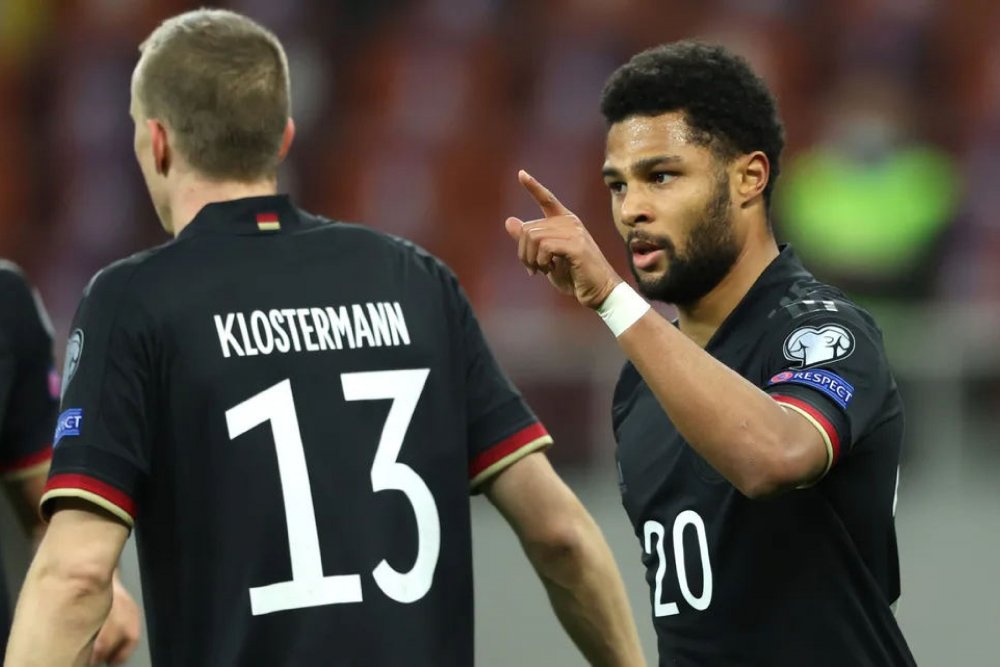 Bayern Munich winger, Serge Gnabry's first-half strike was enough to seal a tight 1-0 away win for Germany against Romania on Sunday in their World Cup qualifier.

The Germans also joined the wave of protest in support of human rights especially the current infringement going on in Qatar.

Germany out-muscled their hosts with 18 shots on goal, twice as many as the Romanians. However, the hosts finished stronger with clear chances in the dying stages.

"We could have made it easier for ourselves," admitted Germany midfielder Joshua Kimmich. "We were lucky in the 90th minute that they didn't equalize, we simply have to decide things earlier and give ourselves a calmer evening."

The win leaves Germany top of Group J by just a single goal ahead of Armenia who also won their first two games.

"If there's anything to criticize, it's the way we used our chances," said Germany head coach Joachim Loew, who will step down after the Euro 2020 finals this summer.

His untroubled build-up was reflected when he was caught on camera singing the chorus of the Barry White hit "You're the First, the Last, My Everything" before the pre-match press conference.

The Germans can complete the hat-trick of wins against North Macedonia in Duisburg on Wednesday.