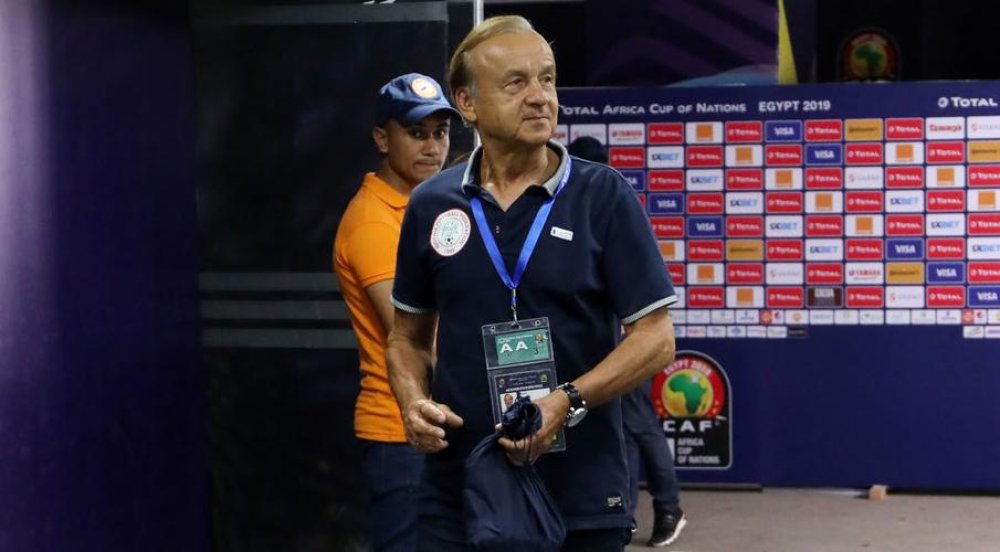 The Super Eagles are coming into this clash in poor form as they are winless in their previous three matches, having lost to Mexico in their last game which was a friendly encounter two months ago.

Nigeria will be pushing for their fourth successive World Cup qualification, having appeared in the last three global tournaments in South Africa, Brazil, and Russia.

“We can’t underrate anybody, especially after what happened a few months ago in Benin City [4-4 draw with Sierra Leone],” Rohr said.

“Liberia have had a good preparation and president George Weah has ensured they have a good team, so it won’t be easy against them.”

Italy-based marksman Victor Osimhen is the dangerman for the Super Eagles and the 22-year-old hitman will be keen to inspire his nation to a victory over the Lone Stars.

Meanwhile, Liberia succumbed to a 5-1 defeat to Algeria in their last game which was a friendly match three months ago. It was their fourth defeat in their last five matches across all competitions.

The Lone Stars have never participated in the World Cup finals and they will be hoping to change this by securing their ticket to next year's tournament in Qatar.

Peter Butler, the Liberia head coach, says he will ensure that his side is competitive against their group rivals Nigeria, Central African Republic, and Cape Verde.

“Yes, we are in a very tough group with opponents that have good players and are well-founded, but I am not going to complain about that," Butler said.

"I rather work with what we have at our disposal to work with. I will back myself against any of the coaches in that group that we will be as organised, as competitive, and with an attacking mind on our games."

Slavia Prague midfielder Murphy Dorley is one of the Lone Stars' most influential players and the 23-year-old midfielder's performance could be a key to a Liberia win over the Super Eagles.

The previous match between Nigeria and Liberia was on October 13, 2012.

Nigeria secured an emphatic 6-1 win over Liberia in the 2013 Africa Cup of Nations qualifier at the U.J. Esuene Stadium in Calabar.