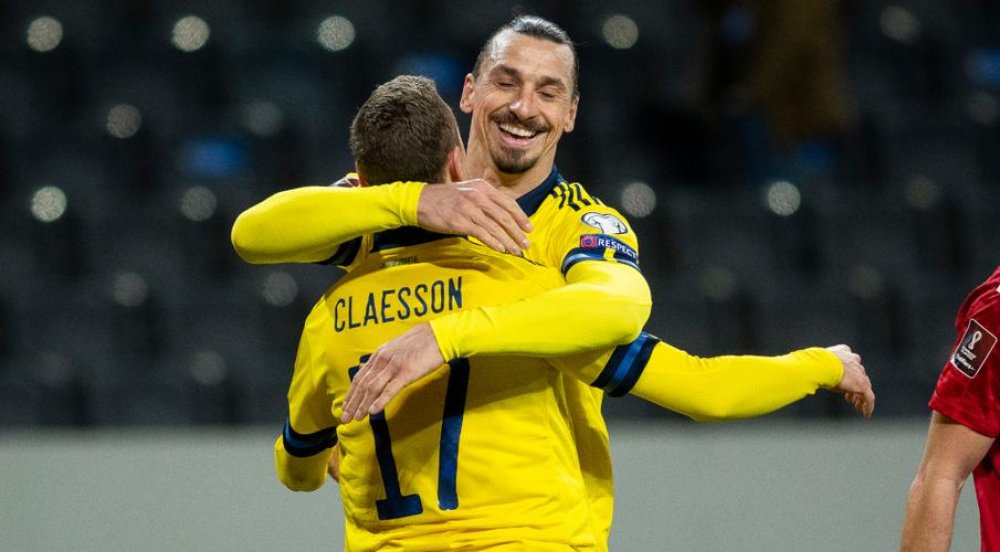 AC Milan striker, Zlatan Ibrahimovic marked his first Sweden appearance in nearly five years on Thursday with an assist in the 1-0 home win over Georgia in 2022 World Cup qualifying.

Ibrahimovic had made his last international appearance at Euro 2016 before donning his country's yellow shirt for the 117th time in the Swedes' Group B opener.

He fed Viktor Claesson in the first half to start the campaign with a victory in a group which also includes Spain, Greece and Kosovo.

His country's record goalscorer made up a new-look strike partnership with 21-year-old Alexander Isak.

Former France defender Willy Sagnol took charge of the visitors for the first time and only four players kept their place from November's draw with Estonia.

The home side dominated the opening half an hour in Stockholm and came close to breaking the deadlock after 25 minutes.

Winger Claesson found Isak in the box but the Real Sociedad's attacker weak effort was parried away with ease by Giorgi Loria.

He chested the ball in the box before playing a delicate touch to Claesson who volleyed home to make it 1-0 with his second international goal in as many games.

The AC Milan attacker had a chance to add to his 62 goals for the national team six minutes from the interval but his limp shot dribbled past the post.

Georgia made an energetic start after the break but they failed to create a clear-cut chance.

Goalscorer Claesson was substituted for Leipzig forward Emil Forsberg with a quarter of an hour left to give Jan Andersson's home side further power in front of goal.

Despite the offensive replacement the away side came closest to scoring in the second half but Kristoffer Nordfeldt reached down to stop Levan Shengelia's whipped shot superbly with eight minutes left.

Ibrahimovic's return came to an end on 84 minutes as he left the field for Mainz striker Robin Quaison and Andersson's side held on for three points.

Sweden next travel to Kosovo on Sunday as Georgia host Spain earlier in the day.