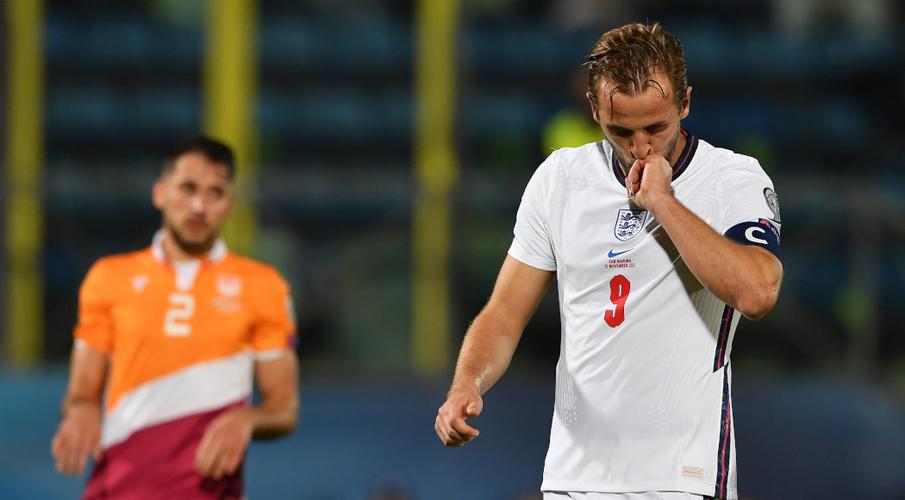 England sealed its World Cup qualification in record-breaking style as Harry Kane scored four times in a 10-0 demolition of San Marino that ranked as the Three Lions' biggest ever victory in a competitive match.

Needing a draw from their last Group I qualifier to reach next year's tournament in Qatar, England went goal crazy on Monday as they scored 10 in a single game for the first time since a 1964 friendly against the United States.

England captain Kane took centre-stage after that, scoring four before the break to rewrite the record books.

Kane has scored 16 goals in 2021 for England, setting a calendar year record for the Three Lions as he surpassed the 12-goal tallies of George Hilsdon in 1908 and Dixie Dean in 1927.

The 28-year-old moved level with Gary Lineker on 48 England goals, with only Bobby Charlton (49) and Wayne Rooney (53) above him.

Kane is the first England player to score four times in a single game since Ian Wright against San Marino in 1993.

After bagging a hat-trick in Friday's 5-0 win over Albania, Kane is the first England player to score three or more in successive games since Tommy Taylor in 1957.

Southgate's men ended a memorable 2021 on a fitting high note after they reached the Euro 2020 final in July -- missing out on a first trophy since 1966 in a painful penalty shoot-out against Italy.

They will head to Qatar in 12 months established as one of the main contenders to win the World Cup.