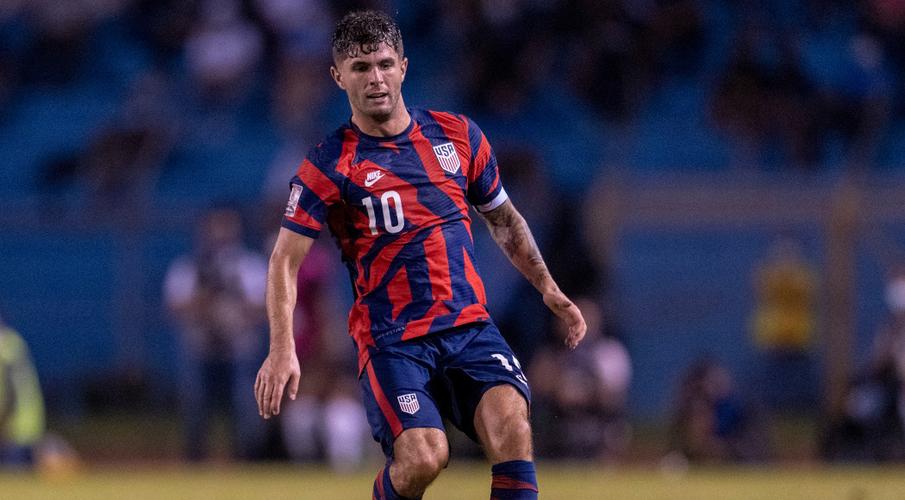 Christian Pulisic was named in a 25-man United States squad for the upcoming World Cup qualifiers against Mexico and Jamaica on Thursday.

Pulisic has barely played for Premier League side Chelsea this season after suffering an ankle injury in the USA's 4-1 win over Honduras in September.

The 23-year-old made a long-awaited return from injury on Tuesday, coming on as a substitute in Chelsea's 1-0 away win over Malmo in the Champions League, and Berhalter has wasted no time in recalling him to the US squad.

Pulisic's recall leaves him in the frame to return for the USA's crucial World Cup qualifier against Mexico in Cincinnati on November 12.

The USA, who are second in the eight-team Concacaf qualifying standings behind Mexico, travel to Kingston to face Jamaica four days later on November 16.

"When it comes to USA-Mexico, I'm excited for our players because it isn't just a game - it's an event," Berhalter said in a statement.

"This is the best of World Cup qualifying, and our group is ready for the challenge."

While Pulisic is back in the squad, Barcelona's Sergino Dest and Borussia Dortmund's Giovanni Reyna remain sidelined.

Dest is struggling with a back injury while Reyna has yet to shake off a hamstring problem that flared up in September.