WTO-DG: Aliko Dangote Bets On Okonjo-Iweala As Prominent Leaders Campaign For Her 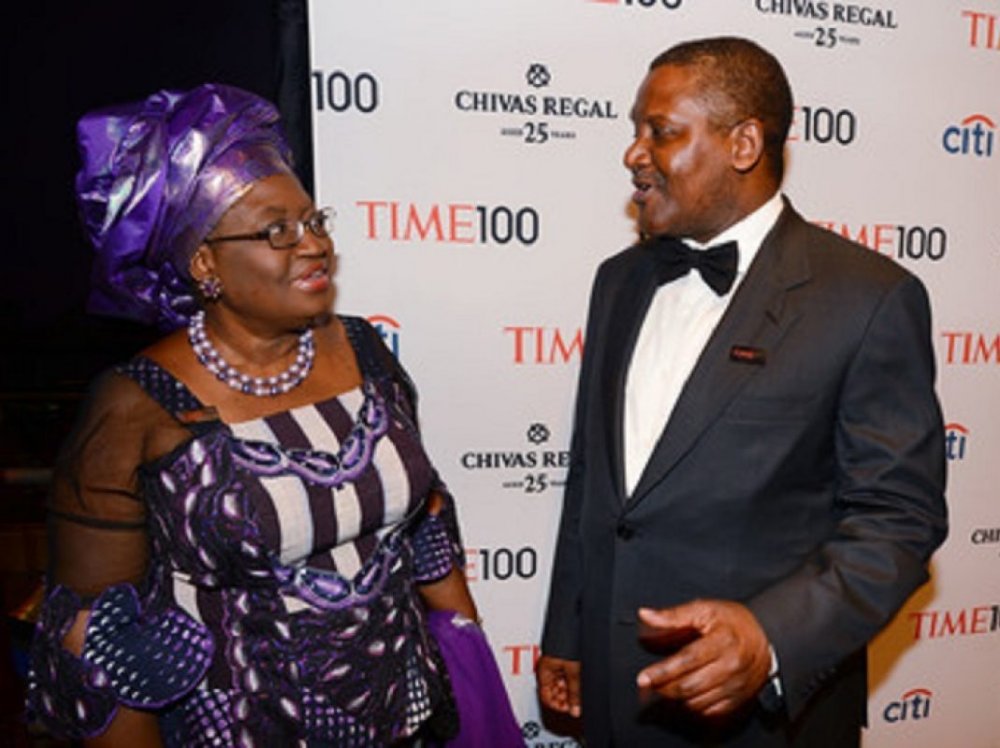 Africa's richest man, Aliko Dangote, is betting on former Finance Minister of Nigeria, Ngozi-Okonjo Iweala, to take over the position of the Director-General of the World Trade Organisation (WTO). Dangote joined several prominent persons that have campaigned for Ngozi-Okonjo.

Dangote, who is the founder of Dangote Industries Limited, said the global trade organisation needs the skills and experience Ngozi-Okonjo possesses. According to the businessman, Ngozi-Okonjo has the ability to mitigate the obstacles WTO faces.

"In these challenging times @WTO needs the renowned skills and tested experience of Dr. Ngozi Okonjo Iweala @NOIweala to lead the organisation through identified obstacles and strengthen its position as the prime facilitator of international trade.

"A vote for her by all is a step in the right direction. I fully endorse the candidature of @NOIweala to lead @WTO." Dangote said in a statement seen by AllNews. He is one of the many prominent individuals who have thrown their weight behind Okonjo-Iweala.

Former UK Prime Minister, Gordon Brown said Okonjo-Iweala is suitable for the top job at the trade organisation, hence, his support for her. Brown said the former Managing Director of World Bank is known for handling “the toughest of jobs” and delivering results.

While speaking about her qualities, Brown also pointed out her global recognition which has also seen her linked to the President of the International Monetary Fund (IMF) before David Malpass was elected. She is currently representing Nigeria as candidate for WTO DG job.

Kenya's former director of Anti-Corruption Commission, Patrick Lumumba, chose Okonjo-Iweala ahead of his fellow citizen, representative of Kenya, Amina Mohamed, whom Okonjo-Iweala is competing against. There are other contenders, including Egypt candidate, Abdel-Hamid Mamdouh.

Eloi Laourou, the candidate submitted by the Benin government - as the country's representative for the WTO Director-General job - was withdrawn by the Benin Republic, in support of Okonjo-Iweala. However, despite the division among African countries to tender one strong candidate, Okonjo-Iweala is gathering the needed support globally.