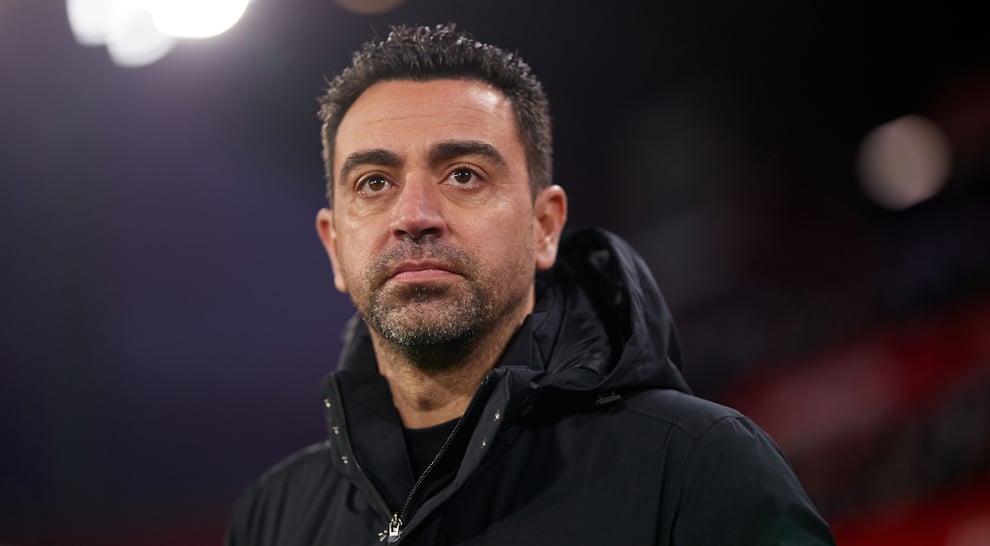 Spanish tactician Xavi Hernandez said on Tuesday that this week's Clasico semi-final in the Spanish Super Cup could be a turning point for Barcelona as they try to re-establish themselves among Europe's elite.

Barca are 17 points behind Real Madrid on La Liga standings and crashed out of the Champions League in the group stage this season, with debts of more than a billion euros causing a dramatic decline at the club.

Madrid will be heavy favourites but a youthful Barcelona team have shown signs of progress under Xavi and a surprise victory on Wednesday would give their recovery mission a huge boost.

"It could be a turning point," Xavi said in a press conference in Riyadh, Saudi Arabia, where this week's tournament is being staged.

"Winning the Clasico will put us in the final and give credibility to the project. We are putting the league to one side to focus on a great competition. It's a trophy."

Madrid beat Barca 2-1 at the Camp Nou in October and they are in great form, having lost only once in their last 18 matches.

Xavi was asked if it was bad time to be playing the La Liga's leaders.

"No, the game comes when it comes. We need time, that's obvious, but we cannot make excuses. Barca always have to compete. Tomorrow is an exam," Xavi said.

"I don't care if people think they are favourites," added Sergio Busquets. "Let's see what happens on the pitch."

Barcelona are unbeaten in six matches and have edged up the league table, sitting now only one point outside the top four. They also have an exciting group of youngsters, with the likes of Gavi, Nico Gonzalez, Ferran Jutgla and Alex Balde all taking chances to impress this season.

"I have been in the job for almost two months and I am optimistic," Xavi said. "We have tried to instil our ideas and the players are understanding it."

Barcelona will also have arguably the strongest squad they have had all season on Wednesday after the return of several absentees.

Ansu Fati, Frenkie de Jong and Ronald Araujo are all available again after injuries while Ferran Torres and Pedri both tested negative for COVID-19 late on Monday, meaning they were able to join up with the squad for training on Tuesday night.

Barcelona are able finally to register Torres, who joined two weeks ago from Manchester City, after Samuel Umtiti's contract extension freed up space in the club's La Liga budget.

“Ansu, Frenkie, Pedri, Ferran and Araujo will be important for tomorrow, but also for the future. I am happy to get these players back," Xavi said, although the returning players are unlikely to be match-sharp.

"Ferran Torres and Pedri have not yet trained with the group," Xavi added.

"With Ansu, we will also see. They will play, but there are still five months of competition left. We will be smart."

The winners of Barcelona and Real Madrid will face either Atletico Madrid or Athletic Bilbao, who play on Thursday, in Sunday's final.

Madrid coach Carlo Ancelotti insists his team will take nothing for granted.

"In the match, anything can happen," he said.

"We know they have had more problems than us but it is one match, with two teams that have the same goal of reaching the final."