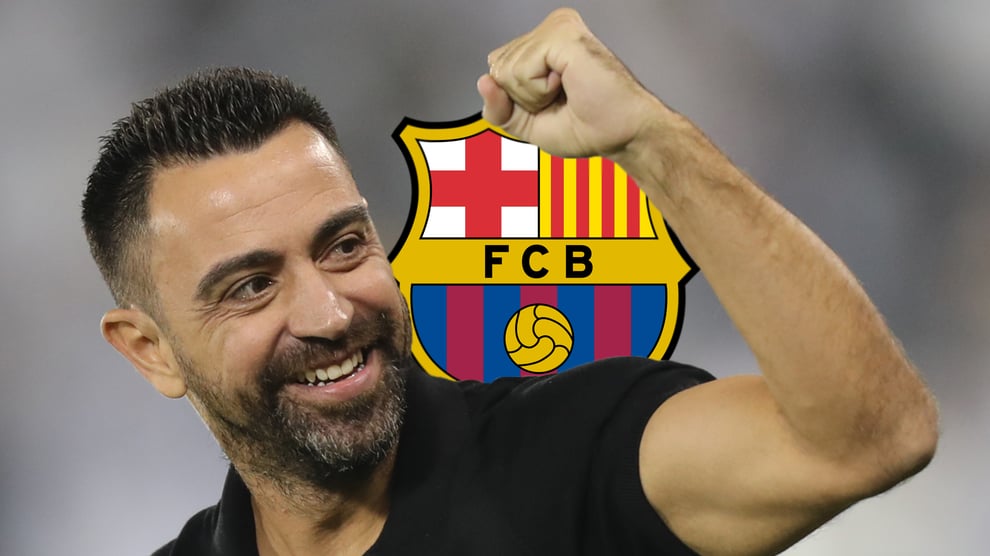 Xavi Hernandez could be just hours away from being confirmed as the next head coach of his beloved Barcelona, as talks to bring him home from Qatar are moving quickly.

Ronald Koeman was sacked a week ago and the Blaugrana moved immediately for Xavi, making the former midfielder their priority.

First, Joan Laporta spoke personally with Xavi, to propose the move to him and the 41-year-old was keen. Having ascertained interest on both sides, the next step was to begin the formal process.

On Wednesday, a Blaugrana delegation was in Qatar. First, they met with Xavi's agents and initial talks went well, with an outline of an agreement already in place, but the hard part was always likely to be convincing Al Sadd to part with their head coach.

The Qatari club publicly stated their intention to hold onto Xavi, but he and Barcelona remained confident of getting the move completed.

Indeed, while Al Sadd were taking a hard stance, the other side were sending out very different messages, but ultimately it seems their optimism was well placed, with the Qatari club's posturing perhaps simply that.

Later on Wednesday, after Al Sadd's draw with Al Duhail, the Barcelona representatives had an informal dinner with their Al Sadd counterparts.

On Thursday, a more formal meeting will take place in which the Catalans hope to wrap up the deal.

Despite Al Sadd tweeting their opposition to the move, Xavi seemed unfazed and, after the game on Wednesday, perhaps his last in charge of the club, he was already talking as if were the Barcelona manager.

"It's a question of common sense and in the end, it's got to end up getting done. I'm excited.

"Both clubs know where I stand. I hope the matter can be tied up soon."

Appealing for unity before he is even in the country, Xavi knows that his words now will essentially be considered his first as Barcelona head coach.

"It's not about being the Messiah, it's about bringing the excitement back," said Xavi.

"There's a good team and we have to work hard and stop worrying about 'isms'. We need to all be pulling in the same direction.

"We're all looking forward to it and very excited."

Thursday could be the day it all gets sealed and confirmed. The agreement between Barcelona and Xavi for a contract until summer 2024 is complete, as all that's missing is a deal with Al Sadd to let him sign it.

One possibility to get the agreement over the line could be the proposal of a friendly game between the sides. However it happens, it now seems all but certain that Xavi Hernandez will be the next Barcelona head coach.