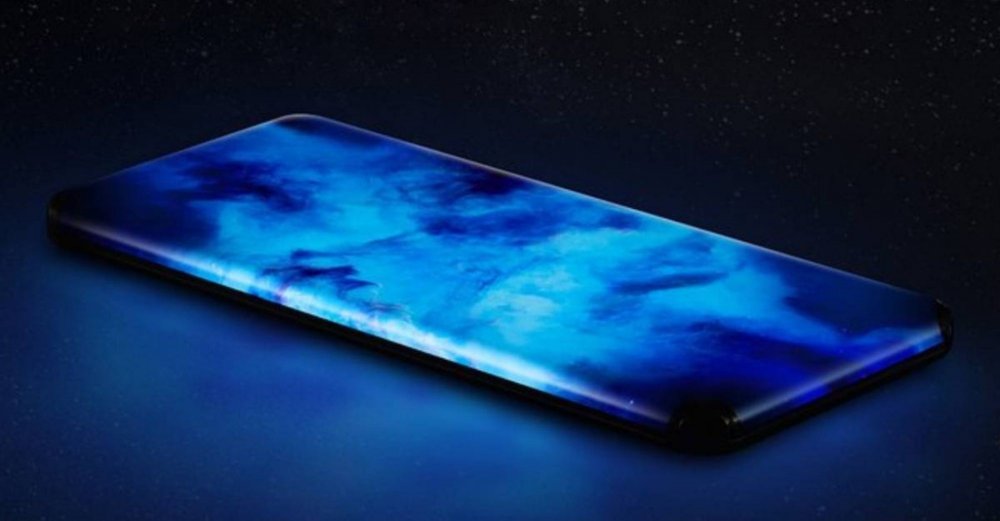 Chinese tech giant Xiaomi has officially introduced its latest smartphone. A modern quad-curved waterfall screen on all four edges, with no port or buttons on any side of the device.

The unnamed phone is the latest phone concept from the mobile phone giant that just recently filed a patent For Smart Glasses That Can 'Treat Mental Illness'.

This unnamed Smartphone screen has deep 88-degree "waterfall" curves on the left and right sides, on the top and bottom as well leaving no room for ports or buttons.

Xiaomi says it was intended to “extend the limits of the display to infinity” and enable “a true, port-free unibody design.”

Based on the promotional imagery, it looks like Xiaomi is simply leaving them blank with small, rounded cutouts.

The display is the result of “countless breakthroughs in glass bending and laminating technology,” according to Xiaomi, and “represents the sum of 46 groundbreaking patents.”

Apart from that, multiple devices can also be charged at the same time (each device supports 5 watts) and even physical obstacles do not reduce the charging efficiency.

Xiaomi will announce global availability for its considerably more conventional Mi 11 flagship phone at an event next Monday, February 8.