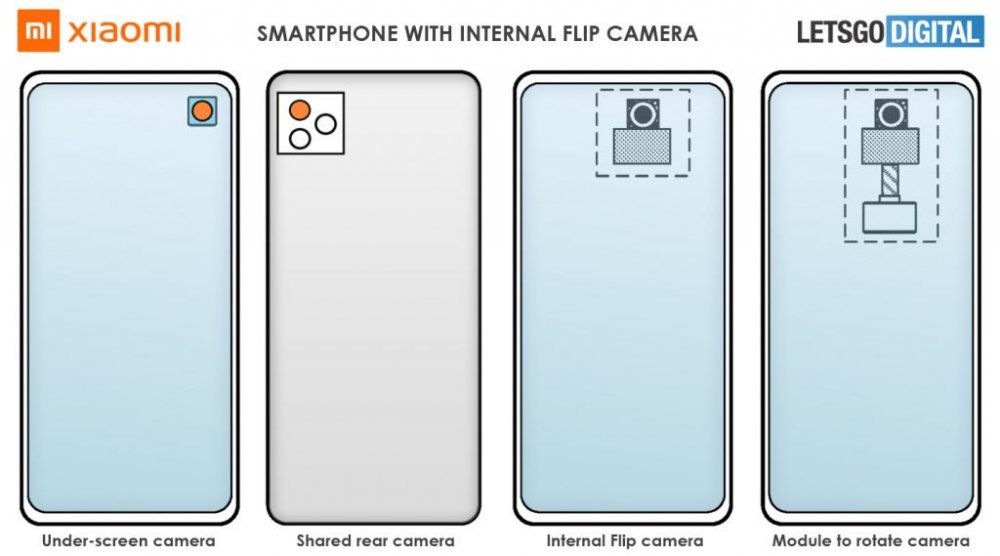 The camera is expected to rotate either motorized or magnetically, with magnetically being favoured, and the rotating camera could form part of a regular cluster at the rear.

In their detailed patent, Xiaomi also talks about a laser auto-focus system and includes a sample picture, suggesting the company has a real device in mind.

The camera module will enable the smartphone company to save the cost of having two internal cameras and the under-screen flip camera module is said to eliminate the need to install a separate selfie camera on a smartphone. It also has advantages over today’s pop-up camera module as it will not come into contact with dust and dirt and more photo and video functions can be linked to it.

The company, currently the world’s fourth-largest smartphone brand, launched the third generation of under-display camera technology in 2020, saying that it will officially commence mass production of smartphones featuring this technology in 2021.

Meanwhile, other leading smartphone vendors like Samsung, Vivo, Oppo are also reportedly planning to launch smartphones with under-display selfie cameras in the near future. So far, ZTE Axon 20 5G is the only smartphone to feature an under-display camera.