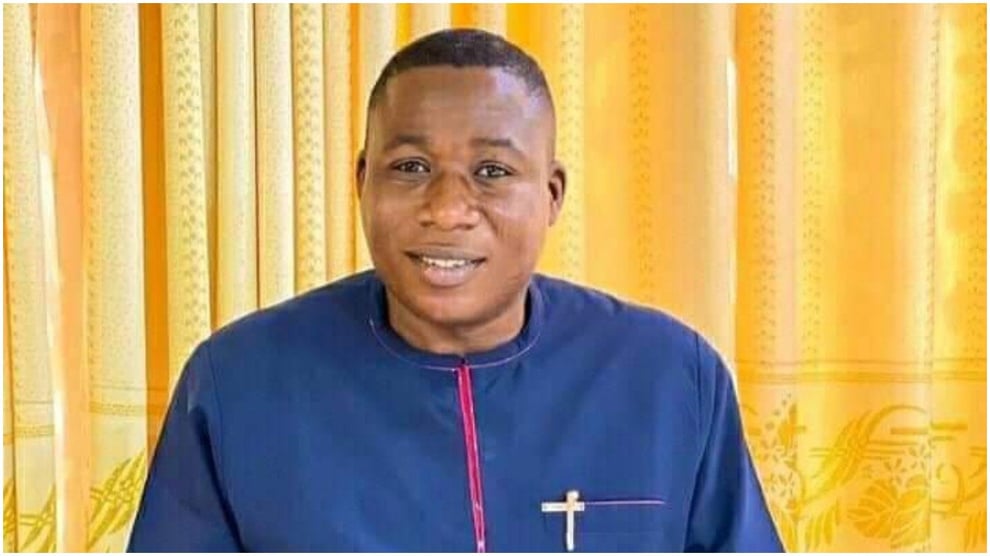 Igboho stated this in response to Buhari’s remark that millions of Nigerians were killed during the Biafra civil war to ensure the country’s unity.

Buhari had urged political leaders to stay focused and uphold the ultimate objective of promoting the interest of the country.

He stressed that the country can’t afford another civil war.

Reacting, Igboho in a statement issued on Wednesday by his spokesperson, Oluyomi Koiki, titled 'You Cannot Take Over Yoruba Land Just As The Northern Part Of Nigeria Has Been Taken Over By Fulani Terrorists.' said: "They know President Muhammadu Buhari is the Patron of all the Fulani worldwide. But Yoruba land can never be conquered by Fulani."

"I, Chief Sunday Adeyemo, popularly known as Sunday Igboho, I am a Yoruba Nation self-determination activist. And Yoruba Nation must stand. No going back.

"President Muhammadu Buhari said yesterday that we Yoruba people are friends with the Hausa people.

"This is true, we are friends with Hausa, Igbo, Kanuri and all other ethnic groups.

"But we retain and maintain our indigenous nationality that we were created by Almighty God. We have 'Omoluabi' in our nature.

"This is why we have shown great hospitality to anyone that comes as a stranger to our Yoruba Land.

"The activities of the Fulani (both Nigerian Fulani and most especially the foreign Fulani according to the Federal Government of Nigeria) lately has made us wanting to regret both our hospitality and generousity.

"The British that amalgamated Northern and Southern Nigeria together knew we are not the same.

"We Yorubas are not fools, we know that Nigerian resources come mostly from Southern Nigeria.

"Yet the Southern Nigeria that are used and still being used to develop Northern Nigeria is now being extended to their brothers in Niger Republic.

"Yet the foreign terrorists from Niger Republic and the environs are surrounding our forests, kidnapping, killing and wreaking havoc on Yoruba People.

"We know what the Fulani did to you Hausas. All the Emirs in the North are Fulani and all the Governors are Fulani as well.

"We know vividly how they systematically subdued and conquered the Hausas in their land. But let them know now, that we are Yoruba.

"Ije ti a je tete enikan o gbodo je dagunro", no it is impossible and Fulani would soon realise that. This is why Yoruba Nation is not going back.

"We know we were not the same in regards to culture; history, beliefs and values and even our geography.

"So must we rule over one another. Let everyone manage their own territory as created by God. Not the British creation called Nigeria.

"The killings, maimings, loss of income and damage to Yoruba people's landed properties.

"Enough is Enough. We know these killings are nothing to the Fulani but it means a lot to we Yoruba people.

"And that is why President Muhammadu Buhari had kept quiet on the Fulani killings. The President has done absolutely nothing to stop these killings.

"We know President Muhammadu Buhari is the Patron of all the Fulani worldwide. But Yoruba Land can never be conquered by Fulani.

"President Muhammadu Buhari was reminding Nnamdi Kanu and the Igbos of the massacre they carried out during the Biafra War.

"The President should know that this can never be repeated again in any of our lands. We have all woken up to Fulani agenda.

"The Middle Belt people are also being killed. Everyone knows who is behind all these atrocities and President Muhammadu Buhari is their life patron.

"So, we Yoruba are pulling out and reclaiming our Sovereignty as we were before the British colonialism.

"It is our God-given right. And there is no going back on our quest for Yoruba Nation self-determination.

"I want to issue a warning to all the terrorist Fulani (home and foreign Fulani) in Yoruba forests to leave now before it is too late.

"When the 'Alale Yoruba' fully begins, most of you would not live to tell the story," the statement added.