Yoruba Nation To Hold Another Protest Over Igbohoā€™s Detention 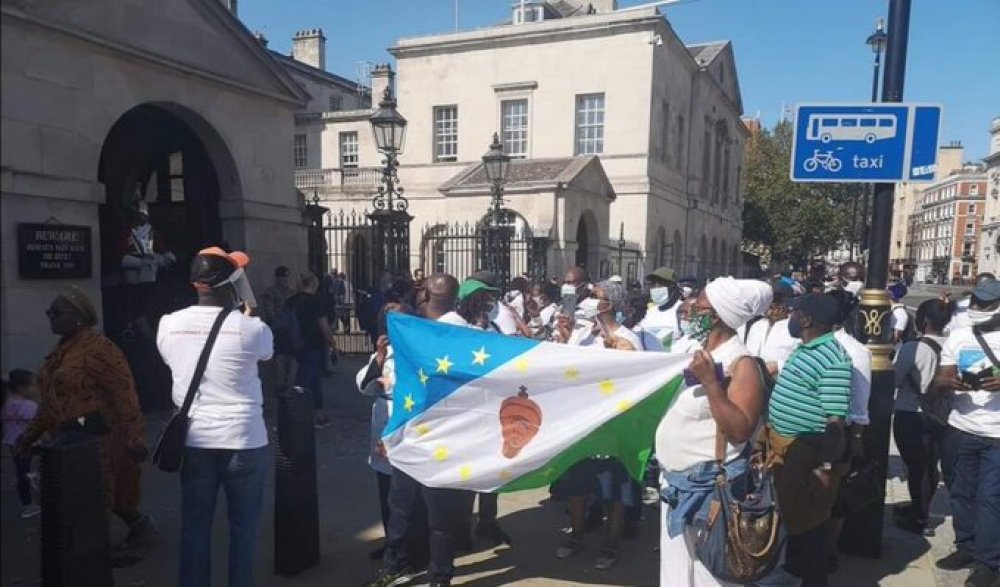 Members of the Yoruba Nation agitators are making plans to hold another protest over the detention of Sunday Igboho in Cotonou, Benin Republic.

Recall Sunday Igboho was arrested on Monday by security operatives along with his German wife, Ropo Adeyemo, at the Cotonou Cadjehoun Airport while attempting to flee to Germany.

Speaking after while Igboho is in detention, Olayomi Koiki his media aide on Wednesday called on all Yoruba Nation agitators to come out in mass for a peaceful protest.

Koiki said, “Emergency, emergency, emergency, emergency, please we beg all agitators to converge at Chief Sunday Igboho’s house for a peaceful demonstration to show the world the kind of person he is as one of the conditions given for his release, please let’s all be at his house in Soka, Ibadan before 12 o clock today. Thanks and God bless. Yoruba nation now now now!”

Meanwhile, Sunday Igboho's family in a video obtained by AllNews Nigeria disclosed that supposed Yoruba agitators have abandoned Sunday Igboho after stirring up controversies with some Yoruba kings and the government.

She said, "Please, you Yoruba agitators, were you sent to Sunday Igboho? Is there something behind it? Were you sent to this man? With everything that has happened that everyone is looking for a way forward, you all are still coming out cursing.

"One came out and was like 'All the Yoruba Kings will bury their child. Were you sent to this man?"

445 Officers Promoted By FRSC Board