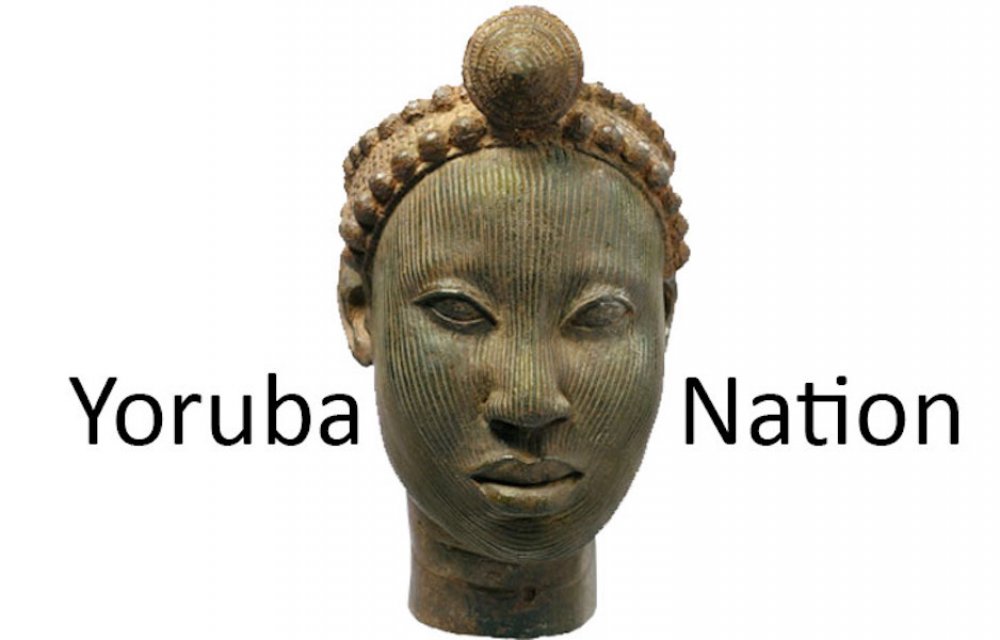 Yoruba Nation awareness was one of the activities at the Omituntun Festival of Arts and Culture held in Ibadan, the Oyo State Capital on Monday.

At the Omituntun Pacesetter Festival of Arts and Culture, tagged ‘Asa wa, Ipile wa,' Yoruba Nation awareness was made a part of the program for people to understand and endorse the need for Yoruba Nation as an entity.

In a statement issued on the Yoruba nation twitter handle, it was stated that it was a delight that more people are understanding the movement.

"It's our very joy that the masses are beginning to understand and endorse the need for #YorubaNation as we shared fliers all around," the group said.

"During the awareness, as fliers are being shared to many, even to the politicians on seat and military men. One of the attendees signalled to one of us to explain more about the #YorubaNation because he is interested in knowing more about it.

"Just after one of us made a good explanation of the need and benefit of Yoruba Nation, the attendee got him a bottle of #maltina as a thank you with a joyful heart of gratitude."

In the statement, a participant of the #YorubaNation campaign narrated that on his way home after the event, he exclaimed '#GodBlessYorubaNationFace' while on the motorcycle taking him home. He added that unknown to him, the rider was a Biafran.

According to the participant, he was surprise when the rider asked why he said #GodBlessYorubaNation and not God bless Nigeria.

"Nigeria isn't working because it's dead and there's nothing God can bless here again.  From there, our conversation started as he proudly told me he is a big Agitator of #BiafraNation.

"We talked for long on how the country isn't working, and of how our so-called leaders have made themselves hindrances to our freedom. We discussed the killings of Southerners by the Northerners and that the only solution to stop such acts is to break out.

"The only solution to the acts and retrieving power from animals is to stand as #YorubaNation and #Biafra, as 100 years has passed at which there is suppose to have been a split, " the statement said in part.

According to the Yoruba Nation Campaigner, he exchanged phone contact with the Biafran man before parting ways with him.

"That is how it should be.

"Let us be united as we have the same vision," he added.

The Omituntun Festival of Art and Culture was organised by the Oyo State Commissioner for Information, Culture, and Tourism, Mr. Wasiu Olatunbosun to rejuvenate and promote cultural talent hunt through cultural competition.

Today, during the Yoruba Nation awareness that took place at the OMITUNTUN ARTS AND CULTURE FESTIVAL oyo state Ibadan. It's our very joy that the masses are beginning to understand and endorse the need for #YorubaNation as we shared fliers all around... pic.twitter.com/L0ZyNmGY4k