Couple Dragged To Court Over Death Of Housemaid 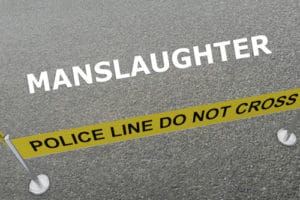 Justice Oyindamola Ogala of Ikeja High Court on Wednesday told a couple, Fortune and Stephen Nwankwo, that they had a case to answer over the death of their housemaid, Ms Joy Adole.

Ogala told the Nwankwos to open their defence while giving a ruling on the no-case submission they had filed before the court after the prosecution had closed its case against them.

“This court has carefully considered the position of the law and believes that the prosecution has established that there is a ground for further proceedings.

“The no-case submission cannot hold. Therefore, the defendants are now called to give evidence,” she said.

Addressing the court during proceedings held on October 11, lawyer to the Nwankwos, Professor Paul Ananaba (SAN) had told the court that the Directorate of Public Prosecutions had been unable to establish a case of murder against the couple.

Ananaba accused the state of presenting hearsay evidence in their case against the couple and had urged the court to uphold the no-case submission.

The state prosecutor, Yusuf Sule, in his response, raised questions over the circumstances surrounding the death of Adole in the home of her employers.

Sule, in his submission, had said that the circumstantial evidence presented to the court by the prosecution would prove that the defendants killed the deceased.

Nwankwos face four- counts of conspiracy, involuntary manslaughter and accessory after the fact to murder.

They are accused of killing 19-year-old Adole on April 20, 2020 at their residence located at No. 18, Ogundola Street, Bariga, Lagos.

The couple deny the manslaughter of Adole. They claim that she committed suicide by hanging herself in her bedroom.

Authorities however disputed the claim and alleged that the position in which the hung corpse was found does not depict a suicide.

The case was adjourned until January 17 and 31 for defence.