You Have To Stay At Barca — Aubameyang Told Dembele 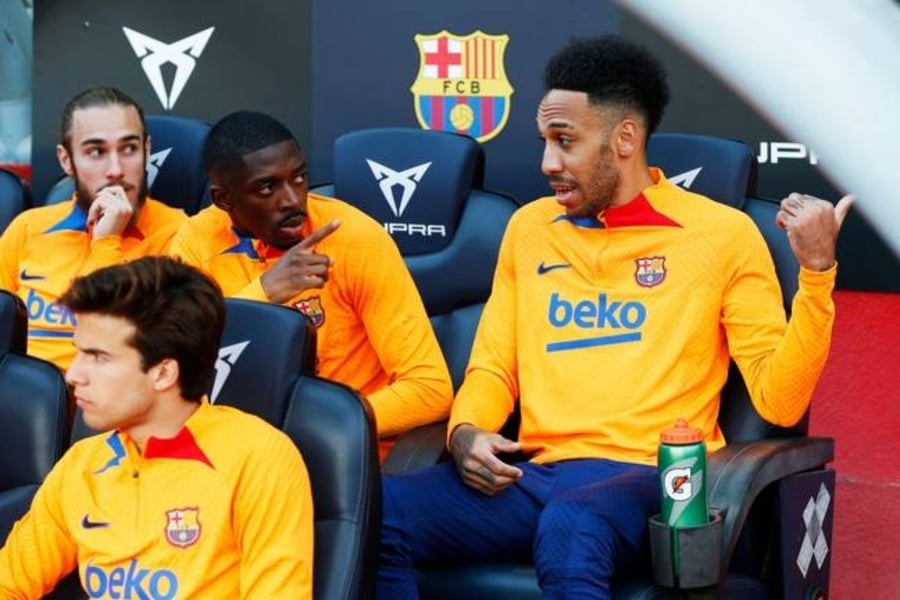 Gabonese striker Pierre-Emerick Aubameyang has disclosed that he adviced Barcelona's contract rebel Ousmane Dembele to stay at the club once he was sure he was heading to Spain in the January transfer.

The two players coincided at Borussia Dortmund where they flourished together, and Auba was looking forward to reuniting with the Frenchman for the remainder of the season.

"It is something very special because we had an incredible year in Dortmund and he is an incredible player," he told Mundo Deportivo and Sport.

"Ousmane is one of the best with the ball and, for a striker, he is incredible.

To tell the truth, I am very happy that he is here and when I arrived I told him: 'You have to stay, man.'"

On whether Dembele would be staying, Aubameyang said: "I don't know, but the only thing I can say is that everything is possible in life."

Asked what he thought of the possibility of current Dortmund talisman Erling Haaland joining Barcelona, Aubameyang was excited.

"I'm always prepared for healthy competition with teammates, so it would be an honour to play with him if he ends up joining Barcelona," he said.

"I'm not a coach, but I think he's a star, he scores a lot of goals, he has a very good physique and a lot of speed.

"It's very strange, because he's very big, but he runs a lot. It's incredible.

"For his age, he's already one of the best in the world."