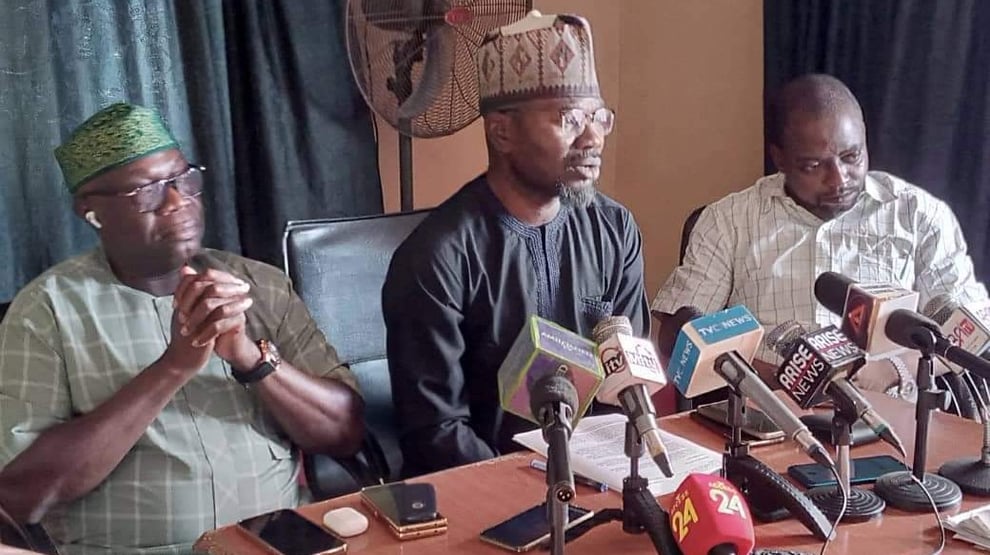 He expressed disappointment at what he called the false alarm raised by Adeleke’s men who, according to him, should have been ordinarily guided by the record of the inventory taken before the formal handover of the items in Governor’s lodge and Presidential quarters in Government House respectively.

Omipidan averred that it was ungodly for Adeleke’s stooges to have raised empty alarm over an illicit action taken by them, saying it is on record that the new government took over the possession of the Government House a day to the inauguration of Ademola Adeleke.

Addressing a Press Conference on Wednesday in Osogbo, Omipidan described the looting allegation as not only ridiculous but sarcastic as it was intended to soil the reputable image of his principal.

Omipidan slammed Adeleke and his men for their failure to protect all the items bequeathed to them by the administration of Oyetola, just as he queried why it took them 72 hours after they had formally taken over the property before raising obnoxious allegation of looting.

He asserted that all the items alleged to have been carted away were intact as at the time of handing over.

"If there was any looting as being claimed by the agents of the new government, then we should look in their direction.

"How on earth any right-thinking person will accuse him of stealing things as cheap as spoons, methylated spirit, cooker and emptying the First Aid Box?”

“INVENTORY OF ITEMS IN OSUN STATE GOVERNOR’S AND PRESIDENTIAL LODGES,” it is reported that, “On 26th November, 2022, about 1400houre, a team of the Protocol Department, Osun State Governor’s Office, Abere, led by Mr FALODE, in company of two(2) officers of the Department of State Services (DSS), namely Usman ADEDIRAN and Sunday Posu, painstakingly took the inventory of items in the above mentioned places.

“The items were thereafter handed over to A. UMALE and Pius AKPAN, DSS personnel and security details of the new Governor, ADEMOLA ADELEKE without any complaint.

“It is further noteworthy that nothing suggests that any of the items in the buildings was carted away, as all were intact as at the time of handing over.

"Attached herewith is a list of items in both buildings.

"And they went further to list the items one by one, covering 8 pages.

“It is, therefore, ridiculous to accuse my Principal of taking away spoons, cooker and methylated spirit.

"From the foregoing, if there was any looting as being claimed by the agents of the new government, then we should look in their direction.

“They cannot take over, and then come to raise alarm 72 hours later that there was looting in the same place where they held their inauguration party on Sunday, November 27.

“If they think this is how to pay a man who gave his all for four years so that Osun could be back to reckoning, God our Creator, who is not a God of hypocrisy, will pay them in their own coin appropriately,” Omipidan added in the DSS report dated November 26, 2022.