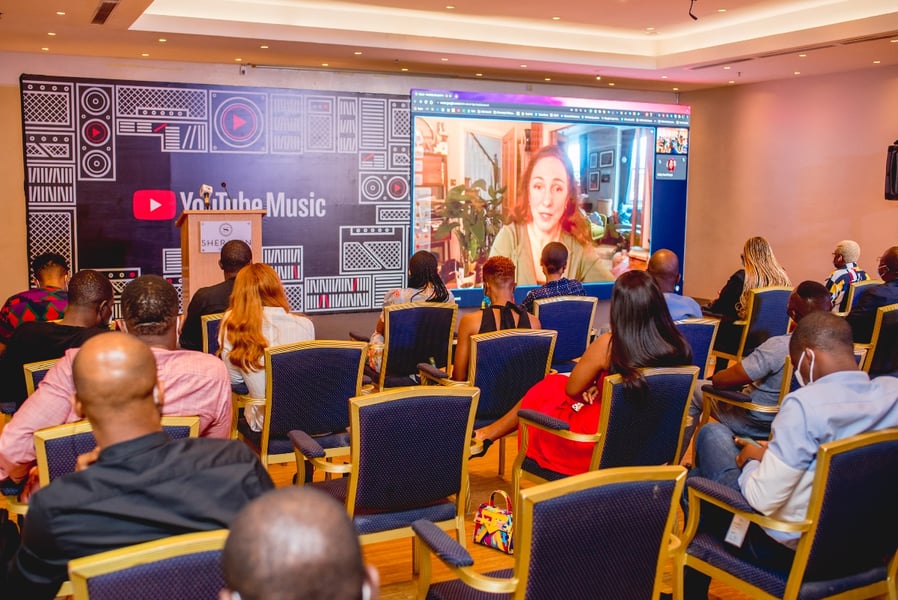 YouTube’s Head of Music for Sub-Saharan Africa, Addy Awofisayo, said that Briteswan and iManage Africa Entertainment Limited would receive a boost for its support for the development of the African creative industry

Awofisayo, who joined the event visually,  said that the support was to help the organisations scale up their initiatives to develop music creatives on the continent.

She said that this move was set to directly impact an estimated 300 participants in initiatives led by these organisations.

According to her, Briteswan’s ‘The Audiogirl initiative’ seeks to economically empower women by closing the gender gap in the music creation segment.

While iManage Africa Entertainment Limited’s ‘Music Business Academy for Africa (MBA)’, is an initiative dedicated to developing a more informed and empowered workforce for the African music and entertainment industry

“We are committed to exporting African music to listeners across the world and want to continue to play our part in the development of the continent’s rapidly growing creative economy, especially with respect to music,"

‘’We see the support given to the two Nigerian pan-African organizations as a partnership for the advancement of music creatives in Africa who in turn will be key players that contribute positively towards the emerging creative sector in the continent”, Awofisayo said.

She said that access to the internet has opened up opportunities for African creatives to display their talents to a global audience, thereby, creating jobs that can boost national economies.

According to her, In Nigeria, the creative industry accounted for roughly N730 billion of Nigeria’s GDP in 2020.

Awofisayo said that through this initiative, YouTube would enable the two organisations to scale their ongoing work to help more young African creatives learn and acquire the skills to improve their craft and export their music to the world.

She said that over the past few years, YouTube has helped spotlight African culture and export it to global audiences.

Awofisayo cited the example of Burna Boy who won the Grammy’s Global Music Award in 2021 with his album, ‘Twice as Tall’ and who has now been nominated for the third time for a Grammy Award, was spotlighted by YouTube as an Artist on the Rise in 2018.

According to her, in  2019, YouTube announced an initiative to support Nigerian artists in collaboration with Mr Eazi’s Empawa Africa to support 10 local artists to develop their craft.

The YouTube Head said that Tems and Bella Shmurda were also selected to be part of YouTube Music’s international artist development programme Foundry in 2020 and 2021, respectively.

She said that YouTube Music also deepened investments in Black communities by opening applications to the #YouTubeBlack Voices Music Class of 2022, aimed at enabling Black artists, songwriters and producers worldwide to commercialise their work.

According to her, eight African artists, songwriters and producers were admitted to the #YouTubeBlack Voices Music Class of 2022.

Sunday Dare, Nigeria’s Minister of Youths and Sports Development, said that the rise of Nigeria’s globally celebrated musical artists points to the opportunities that exist in the creative economy.

According to the minister, as we work towards the post-COVID-19 recovery of industries, it is important to be intentional about unearthing brimming talent and potential among creatives – many of whom are young people.

He commended YouTube Music for its dedication to the growth of music creatives in the region, saying it’s well-timed.

The News Agency of Nigeria reports that YouTube, launched in May 2005, is the world’s most popular online video community allowing billions of people to discover, watch and share videos and also providing forums for people to connect.