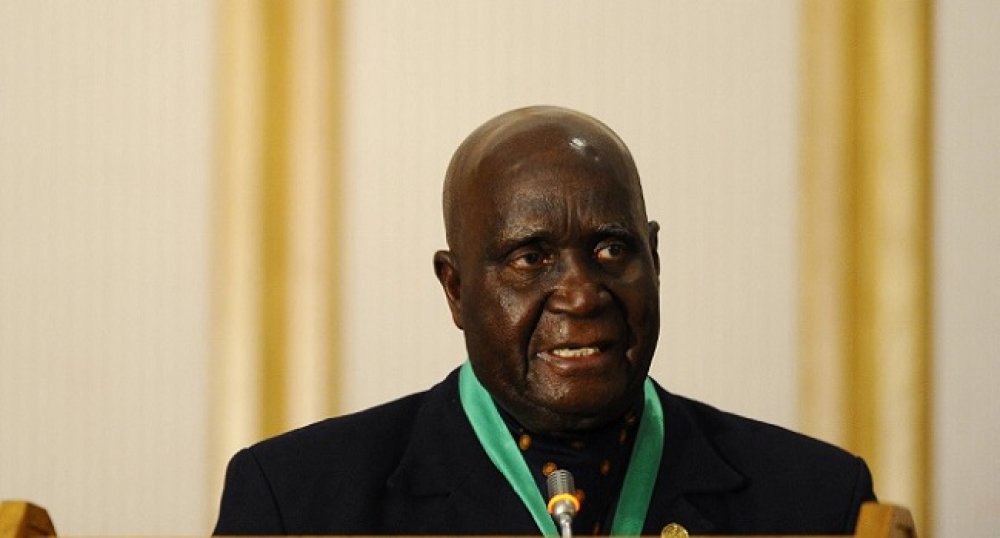 The former President of Zambia and one of the Liberation giants in Africa, Kenneth Kaunda had died on Thursday at the age of 97. His death came following a struggle with pneumonia.

His son, Kambarage Kaunda announced the death of his father in a post on his facebook page

The Cabinet Secretary, Simon Miti, in an address on public television said that Kaunda died peacefully at 2:30pm (1230GMT) at a military hospital where he had been admitted on Monday with pneumonia.

The Cabinet Secretary then declared a 21-day national mourning, in which flags will fly at half mast and ordered the suspension of all forms of entertainment.

President Edgar Lungu said he learnt of the death of Kaunda with “great sadness.”

“You have gone at a time we least expected,” he said on Facebook, describing him as a “true African icon.”

In a terse statement, Kaunda’s office had on Monday said he was “unwell and was admitted to… Maina Soko Medical Centre,” a military hospital in the capital Lusaka.

Popularly known by his initials KK, he was head of the main nationalist party, the left-of-centre United National Independence Party (UNIP) which led the country after British colonial rule.

While in power he hosted many of the movements fighting for independence or black equality in other countries around the region, including South Africa’s African National Congress (ANC).

Some nicknamed him “Africa’s Gandhi” for his non-violent, independence-related activism in the 1960s.

But Kaunda’s popularity at home waned as he became increasingly autocratic and banned all opposition parties.

He eventually ceded power in the first multi-party elections in 1991, losing to trade unionist Fredrick Chiluba.

The landlocked southern African country has enjoyed relative stability since then.

In later life, Kaunda regained stature as an African statesman, helping to mediate crises in Zimbabwe and Kenya.