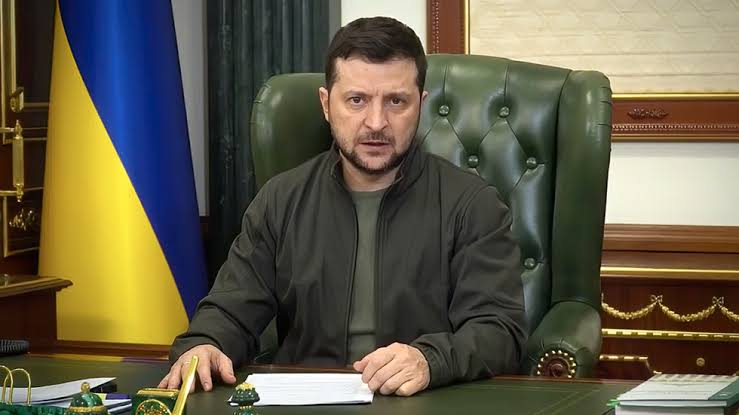 The incident triggered global outrage and vows of tough new sanctions on Russia.

In a scene that sent shocks around the world, local authorities said they had been forced to dig communal graves to bury the dead accumulating in the streets, including some found with their hands bound behind their backs.

Despite Russian denials, Western leaders, NATO and the UN all voiced horror at reports of civilian murders in Bucha, northwest of Kyiv, and elsewhere.

In a video, Zelensky described Russian troops as “murderers, torturers, rapists, looters, who call themselves the army and who deserve only death after what they did."

He continued; “I want every mother of every Russian soldier to see the bodies of the killed people in Bucha, in Irpin, in Hostel.”

“I want all the leaders of the Russian Federation to see how their orders are being fulfilled.”

Zelensky added that he had created a special body to investigate killings in areas from which Russian troops have withdrawn around the capital.

The scale of the killings is still being pieced together, but Ukrainian prosecutor general Iryna Venediktova said 410 civilian bodies had been recovered so far.

Also, Bucha’s mayor, Anatoly Fedoruk told AFP that 280 bodies were placed in mass graves because it was impossible to bury them in cemeteries within firing range.