Zelenskyy Calls For Meeting With Putin 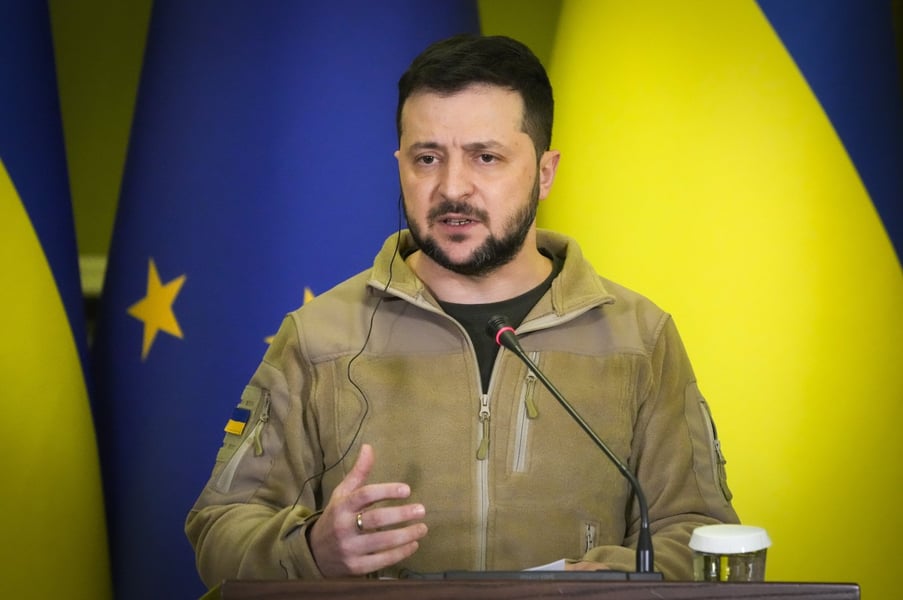 This is in an effort to put an end to the war between both countries.

Putin told a news conference at a metro station in the Ukrainian capital; "I think that whoever started this war will be able to end it."

He added that he was not afraid to meet Putin if it would lead to a peace deal between Russia and Ukraine.

"From the beginning, I have insisted on talks with the Russian president.

"It's not that I want (to meet him), it's that I have to meet him so as to settle this conflict by diplomatic means.

Zelenskyy also repeated his warning that they would break off talks if Russia killed the remaining Ukrainian soldiers in the besieged Black Sea port of Mariupol.