Zimbabwe, Next In Line To Embrace Bitcoin As Legal Tender 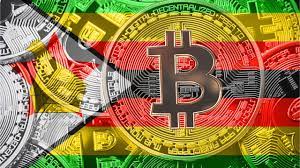 Good news awaits believers of cryptocurrencies, especially bitcoin, as the government of Zimbabwe is putting the finishing touches to the legal and regulatory framework to adopt Bitcoin as legal tender.

As reported by Cointelegraph, the government of Zimbabwe, following in the footsteps of El Salvador, is considering the mainstream use of Bitcoin.

Retired Brigadier Colonel Charles Wekwete, the permanent secretary and head of the office of the president and cabinet’s e-government technology unit, confirmed that discussions with businesses are already underway.

According to Wekwete, the authorities intend to develop regulations to protect consumers against financial threats such as unregistered cross-border transfers, externalization of money, and money laundering.

Despite the economic challenges that daily faces the economy of Zimbabwe, this is viewed as another positive for holders and believers of bitcoin.