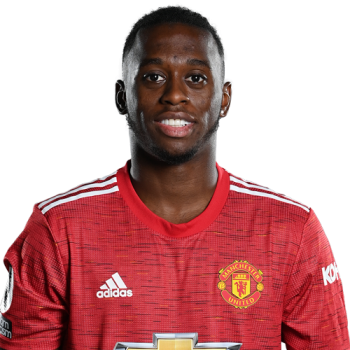 Aaron Wan-Bissaka is an English professional footballer who plays as a right-back for Premier League club Manchester United.

Wan-Bissaka began his career with Crystal Palace and was named as the club's Player of the Year for the 2018–19 season. In 2019, he moved to Manchester United for an initial fee of £45 million, with another £5 million due in potential bonuses.

He is of Congolese descent and made one appearance for DR Congo under-20s in 2015. He has gone on to represent the country of his birth, England, at under-20 and under-21 levels.

Wan-Bissaka signed a five-year contract with fellow Premier League club Manchester United. Crystal Palace would receive an initial fee of £45 million, with another £5 million due in potential bonuses.

Upon signing for Manchester United, Wan-Bissaka became the sixth-most expensive defender of all time and the most expensive English player who was uncapped by the national side at the time of transfer.