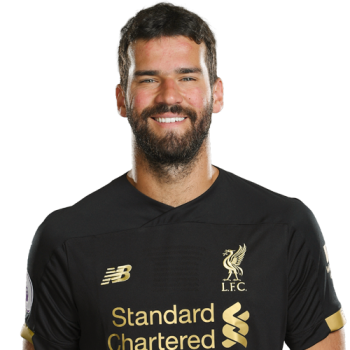 Alisson Becker has cemented his position as one of world football's most formidable goalkeepers since joining Liverpool in 2018.

He arrived at Anfield from AS Roma and was integral to the Champions League and Premier League triumphs in 2019 and 2020 respectively.

The Brazilian enjoyed an incredible first season on Merseyside after becoming an immediate starter for Jürgen Klopp's side, initially wearing the No.13 shirt.

He began his Liverpool career with a clean sheet in a 4-0 win over West Ham United at Anfield in the 2018-19 Premier League opener.

Alisson played every minute of the Reds' domestic campaign and made history when he became the club's first goalkeeper to win the Premier League Golden Glove award in more than a decade after recording 21 clean sheets.

An injury on the opening night of the new league season ruled the 'keeper out for two months but he soon returned to trademark form.

Alisson - who was also part of the team crowned world champions in December 2019 - registered 13 clean sheets in 29 appearances to help Liverpool race to Premier League glory with a club-record 99 points.