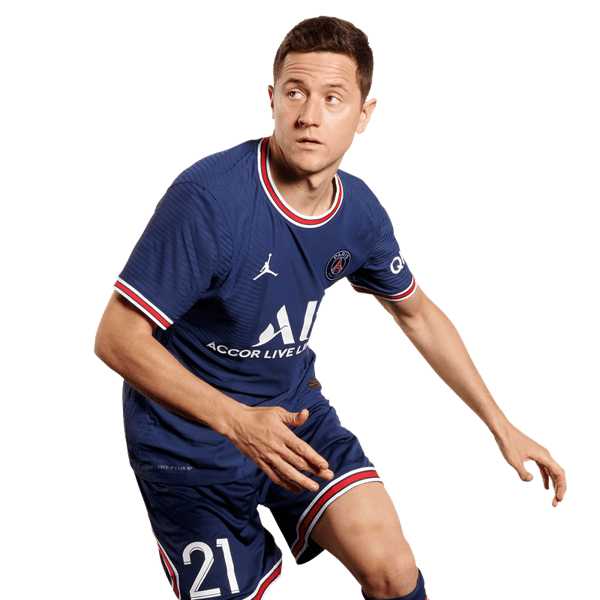 Ander Herrera Agüera is a Spanish professional footballer who plays as a midfielder for Ligue 1 club Paris Saint-Germain.

He began his career at Real Zaragoza, before moving to Athletic Bilbao in 2011 and then to Manchester United for €36 million in 2014.

With the English club, he won the FA Cup, FA Community Shield, EFL Cup and UEFA Europa League (where he was named man of the match in the competition Final), and was named as their player of the year for the 2016–17 season.

He moved to Paris Saint-Germain in 2019, winning the domestic quadruple and starting in the UEFA Champions League Final against Bayern Munich in his first season, where PSG lost 1–0.

He has also won tournaments with Spain at under-20 and under-21 levels and represented the nation at the 2012 Summer Olympics. He made his senior international debut in November 2016.

During his time at Manchester United, Herrera's style of play led to comparisons with Paul Scholes and he was even praised by Scholes himself as the club's best signing of the 2014 summer transfer window.

He is a combative, box-to-box midfielder, known for his assured passing and high energy on the field, as well as his movement, tactical intelligence, ability to read the game, and technique, attributes which allow him to be deployed in several midfield positions, including as number six, as a number eight, or as number ten.