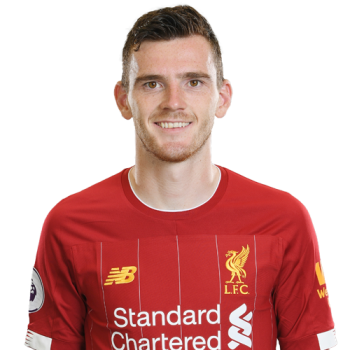 Andrew Henry Robertson is a Scottish professional footballer who plays as a left-back for Premier League club, Liverpool. He is considered one of the best left-backs in the world and captains the Scotland national team.

Andy Robertson’s rise from amateur football to a Champions League-winning captain of his country has been nothing short of meteoric.

Now firmly established as one of the world’s premier full-backs, Robertson was, incredibly, still playing for Queen’s Park in his native Glasgow as recently as 2013.

Robertson is considered to be one of the best left-backs in the world, due to his pace, energy, and crossing ability.

He is a typical modern left-back capable of playing in attack and falling back to assist with defensive duties.

Over the course of two seasons with Liverpool, following a transfer from Hull City in the summer of 2017. Robertson has played in consecutive Champions League finals having progressed from squad player to key component in Jürgen Klopp’s team.

An indefatigable presence on the Reds’ left flank, Robertson’s 2018-19 season included a remarkable tally of 13 assists, being appointed captain of Scotland, a new long-term contract with Liverpool and places in the PFA Premier League Team of the Year and Champions League squad of the season - plus, of course, a European Cup winner’s medal.