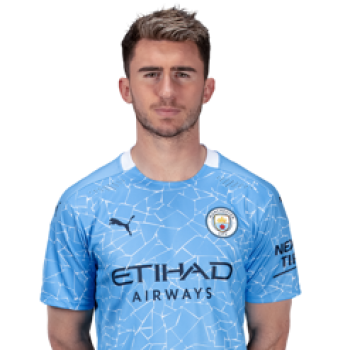 Aymeric Laporte is a France International player who plays for Manchester City as a centre-back and France National Team. He transferred from Athletic Bilbao to Manchester City in 2018 for a reported fee of £57 million (his contractual release clause amount and a record-breaking figure for both clubs).

Laporte was part of the side which won the first domestic treble in English football in 2019.

Laporte won 51 caps for France at the youth level.

The 25-year-old arrived with a reputation as one of Europe’s most promising defenders.

Left-footed and recognized for his calmness, strength, and passing ability, his standing has only grown in the 18 months since, and he was rewarded with a contract extension in February 2019, which ties him to the Club until 2025.

French-born, but of Basque descent, Laporte is a product of Bilbao’s youth academy but began his senior career in Spain’s fourth tier with CD Basconia in 2011.

He returned to Bilbao after one season, playing in the B team before making his first-team debut aged 18.

By 20 and having showcased his skill and potential at both left-back and his preferred centre-half position, he had been named in the La Liga Team of the Year.

In his six seasons with the Basque Country club, he became a first-team regular, playing 222 times, netting 10 goals and helping them to a 2015 Supercopa de Espana triumph – their first silverware for 31-years.

Aymeric’s City career got off to a winning start with a 3-0 victory over West Brom, one day after his transfer was confirmed.

He settled quickly and produced a series of impressive displays, playing 13 times and ending his debut season with Premier League and Carabao Cup winners’ medals.

He was imperious in 2018/19 and one of the standout performers as City swept the board domestically, making 51 appearances and starting in the Community Shield, Carabao Cup and FA Cup wins.

Laporte represented France at junior level and though Spain was hopeful he may opt to represent La Roja, he intends to play for Les Bleus.

He has previously been called up to the French squad, but didn’t feature in two World Cup qualifiers and is still awaiting his first senior international cap.

Aymeric Laporte To Play For Spain After Citizenship Change