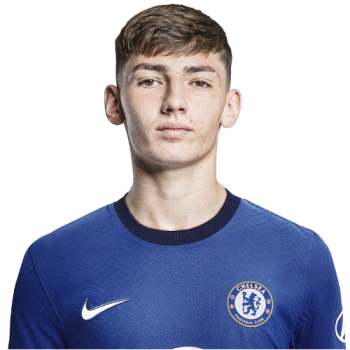 Billy Clifford Gilmour is a Scottish International footballer who plays as a midfielder for Premier League club Chelsea.

He is a technical individual with good game intelligence and awareness who creates plenty of goals and chances for his team-mates. His first campaign south of the border was a positive one as he proved an integral part of Jody Morris's midfield in an unprecedented year of silverware success. He scored his first goal for the youth team on debut in a September victory over Arsenal before establishing himself as a regular in the FA Youth Cup starting 11, featuring in every game and scoring at the Emirates in the final.

Gilmour made his senior and Premier League debut on 31 August 2019 against Sheffield United at Stamford Bridge before making his full debut under a month later against Grimsby Town in the 7-1 Carabao Cup victory, an eye-catching performance earned the praise of many including head coach Frank Lampard.

At the start of February 2020, Gilmour became a full-time member of the men's first-team squad.