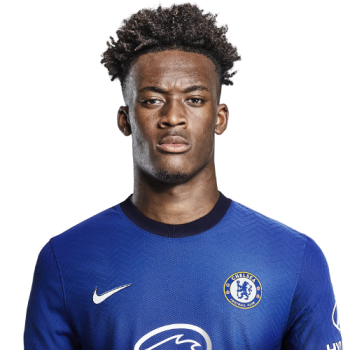 Callum James Hudson-Odoi is an English professional footballer who plays as a winger for Premier League club Chelsea and the England national team.

Hudson-Odoi also enjoyed considerable success at the youth level for England, being part of the squad which ended as runners-up in the UEFA European Under-17 Championship and which won the FIFA U-17 World Cup in the same year. In March 2019, he became the youngest player to debut in a competitive match for England, doing so in UEFA Euro 2020 qualifiers against the Czech Republic.

Callum Hudson-Odoi is an attacking player who joined the club during his Under-8 year and has regularly been a scorer and creator of goals throughout his schoolboy years. He is a very talented, skillful individual who can play in any of the attacking positions.

In January 2018, he made his senior Chelsea debut when he came on in an FA Cup win over Newcastle United, and he made a further three sub appearances that season, including his first in the Premier League in a home match against Bournemouth. He also helped our development squad to the semi-finals of the Checkatrade Trophy and the Under-18s to another FA Youth Cup. He scored twice in the final.

On 19 September 2019, Hudson-Odoi committed his future to Chelsea by signing a new five-year contract.