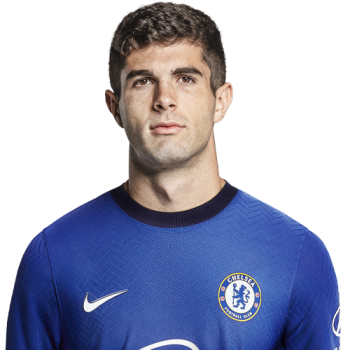 Christian Pusilic is an American professional soccer player who plays as a winger or an attacking midfielder for Premier League club Chelsea and the United States national team.

Born in Hershey, Pennsylvania, he is the son of two former footballers and spent time in England as a child, where he played with Northamptonshire side Brackley Town before moving back to the States.

Pulisic has scored 14 goals in 34 games as a U.S. international player. He has appeared and scored at every youth level and made his senior team debut in March 2016 at age 17. He is the youngest player ever to captain the U.S. national team in the modern era.

Christian Pulisic became a member of the Chelsea squad for the start of the 2019/20 season with an agreement first reached in January 2019 for his permanent transfer from Borussia Dortmund. He spent the remainder of that season on loan at the German club.

He joined Chelsea on a five-and-a-half-year contract and became the third American player in Chelsea history after his international team-mate, Matt Miazga, and Roy Wegerle.

Agile, quick, and balanced footed. Pulisic is naturally a right-winger but is also comfortable playing on the left or behind a striker.

He is full of confidence and incisiveness, Pulisic's knack for scoring or setting up goals showed no sign of relenting, as he displayed predatory instincts to net in wins over Watford and Crystal Palace. His dribbling skills also earned us a penalty in the 4-4 epic against Ajax and his first Champions League goal for the club helped secure a crucial draw at Valencia.

Pulisic Stars For USA In 3-0 Win Over Morocco