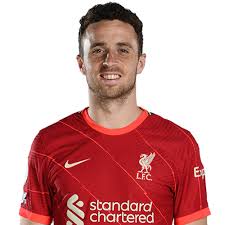 Diogo Jota is a Portuguese Portuguese footballer who plays as a forward for Premier League club Liverpool and the Portuguese national team.

Jota earned full international honors for Portugal last season, too, and opened his account for his country just weeks before signing for Liverpool.

He originally switched to Wolves on loan from Atletico Madrid in 2017 and hit 17 goals that year to help fire them out of the Championship as league winners before making the move to Molineux permanent and successfully transferring his talents to the Premier League.

Having begun his career in his homeland with Pacos de Ferreira, Jota’s rapid progress following a debut in 2014 had prompted Atletico to swoop for his services in 2016 – though he never actually appeared for the Spanish club.

Instead, he spent 2016-17 on loan at FC Porto, scoring eight times in the Primeira Liga and gaining Champions League experience, including a goal against Leicester City.