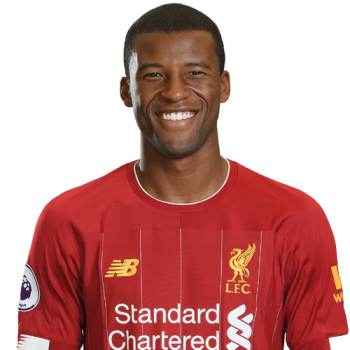 Georginio Wijnaldum is a talented all-round midfielder that arrived in Liverpool from Newcastle United on July 22, 2016.

Upon arriving at the club, the Netherlands international took command of the No.5 shirt, last occupied by Daniel Agger.

The versatile player was inserted into Jürgen Klopp's side right from the very start of the 2016-17 season.

He would open his goalscoring account for the club on November 6, 2016, in a 6-1 thrashing of Watford at Anfield.

Wijnaldum ended his first campaign at Liverpool has been on the scoresheet six times, but it was the strike on the final day of the season that proved to be the most important.

With Liverpool needing a win over Middlesbrough to secure a top-four finish in the Premier League, the Anfield affair was incredibly tense until Wijnaldum emphatically finished right on the stroke of half-time to break the deadlock and put the Reds on course to a 3-0 victory.

The following season saw Wijnaldum make 50 appearances in all competitions and he netted a vital goal – his first for the club away from home – in the second leg of a Champions League semi-final with AS Roma.

The Feyenoord academy product made his 100th appearance for Liverpool on September 29, 2018, during a 1-1 draw at Chelsea.

In October that year, Klopp revealed Wijnaldum had been selected as the club's fourth-choice captain after a dressing-room vote.

Wijnaldum played a crucial role in helping Liverpool lift the Champions League in 2019. In the semi-final second leg with Barcelona, he came off the bench at half-time to score two goals in as many minutes, wiping away the visitors' 3-0 advantage from the first fixture.

He played 62 minutes of the win over Tottenham Hotspur in the Madrid final to earn the first medal of his Liverpool career.