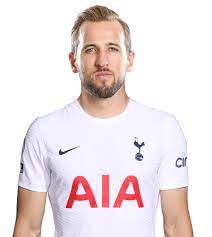 Harry Edward Kane  is an England footballer, given birth to on the 28th of July 1993. He plays as a striker for a Premier League club in the Northern sides of England called Tottenham Hotspur and he is the current captain of Tottenham and the England national team. He is regarded as one of the best strikers in the world, because of his prolific goalscoring record and ability to link play.

He was Born and Bred in the London borough of Waltham Forest, Kane started his career at Tottenham Hotspur, where, after fast progression through the team's youth academy, he was promoted to the senior team in 2009, at age 16. He did not initially played for the side, and was sent out on loan on several occassions to clubs across the English football clubs, including Leyton Orient, Millwall, Leicester City, and Norwich City. Kane's involvement at Tottenham began to rise following the incoming of Mauricio Pochettino as Tottenham head coach in 2014. In his first full season at the club, Kane scored 31 goals across all competitions, was the Premier League's second-highest goalscorer, and was named PFA Young Player of the Year.

In the 2015/16 and 2016/17 seasons, Kane finished as thePremier league top goalscorer. In the latter campaign, he helped Tottenham finish as the premier league runners-up and won the PFA Fans' Player of the Year award. Kane registered his best campaign statistically to date in the 2017–18 season, with 41 goals scored in 48 games across all competitions, and in the following season, he finished as a runner-up in the UEFA Champions League. In February 2021, he became Tottenham's second-highest all-time goalscorer in official competitions. He ended the 2020–21 season as the top goalscorer and top assist provider in the league.

Kane has scored 41 goals in 64 games for England. He appeared and scored at every youth level, and made a goalscoring debut with the senior team in March 2015, aged 21. Kane featured and scored during England's successful UEFA Euro 2016 qualifying, and represented the country at the tournament itself. He was made the squad's captain from May 2018, before the 2018 FIFA World Cup. In that tournament Kane finished as the World Cup's top goalscorer, winning the Golden Boot, leading England to fourth place, their highest finish since 1990. He also led England to second place at UEFA Euro 2020, marking their first appearance in a final at the tournament and their first major final since 1966.

A Draw Isn't End Of The World — Kane

Kane Subbed Off Due To Tiredness — Conte Dismisses Injury Scare