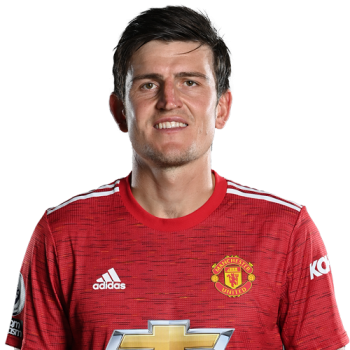 Jacob Harry Maguire is an English professional footballer who plays as a centre back for Premier League club Manchester United, whom he captains, and the England national team.

Born in Sheffield, he came through the youth system at Sheffield United before graduating to the first team in 2011.

He totaled 166 professional games for the Blades and was their Player of the Year three consecutive times, also featuring in the PFA Team of the Year for League One as many times. In 2014, he transferred to Hull City for £2.5 million, who loaned him to Wigan Athletic in 2015.

He joined Leicester City in 2017 for an initial fee of £12 million. Two years later, he moved to Manchester United for a fee believed to be £80 million, a world-record amount for a defender.