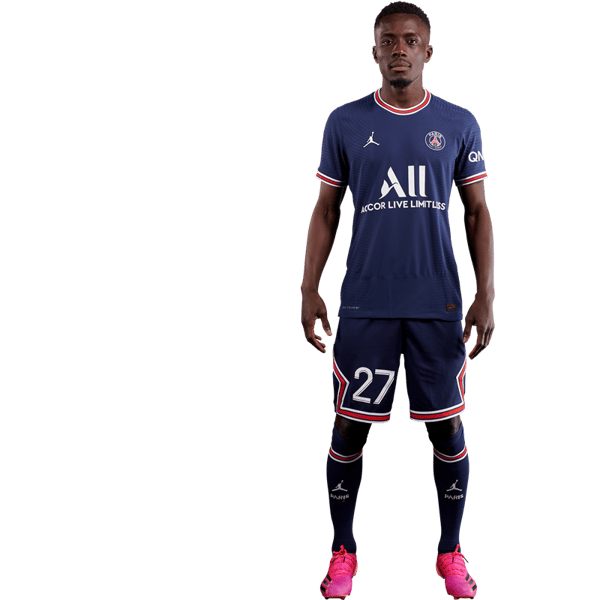 Idrissa Gana Gueye is a Senegalese professional footballer who plays as a defensive midfielder for Ligue 1 club Paris Saint-Germain and the Senegal national team.

Born in Dakar, Gueye spent his early career in Senegal for Diambars before joining French club Lille in 2008.

He broke through into the first team in the 2010–11 season, in which Lille won Ligue 1, and became a regular starter in the league and the UEFA Champions League over the following four seasons.

In 2015, Gueye joined English Premier League club Aston Villa for a £9 million transfer fee. He scored his first and only goal for Villa against Wycombe Wanderers in the third round of the FA Cup.

Gueye scored his first goal for Everton in the European competition on 17 August 2017 in the UEFA Europa League play-off round first leg against Hajduk Split.

Despite Everton warding off interest in Gueye in 2019, PSG finally got their wish in 2020 when they sign him for  £30million.