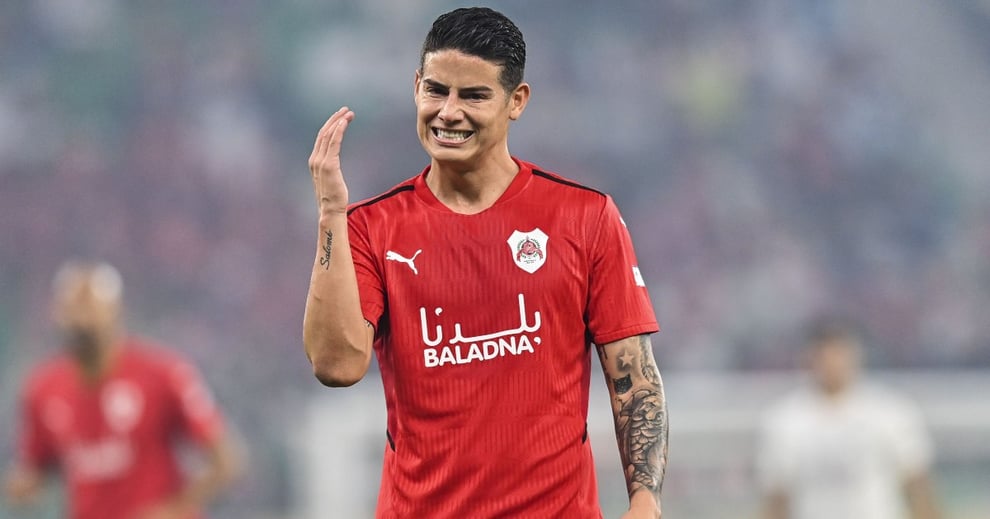 Starting his career at Envigado and then moving to Argentina side Banfield, James became well known in Europe during his time at Porto, winning several trophies and individual awards during his three years at the club. In 2014, James moved from AS Monaco to Real Madrid for a transfer fee of £63 million, which beat the one set by Radamel Falcao and made him the most expensive Colombian football player and one of the most expensive players at the time. In his debut season, he was named in the La Liga Team of the Season and won La Liga Best Midfielder. In 2017, he signed for German club Bayern Munich on a two-year loan deal.

James started his international career with the Colombia under-20 team, with which he won the 2011 Toulon Tournament. He then captained the U-20 team during the 2011 FIFA U-20 World Cup. Due to his performance in the tournament, he was regularly called into the senior squad by the age of 20. He played in the 2014 and 2018 FIFA World Cup, winning the Golden Boot as the goalscorer in the former tournament and being included in the Cup's All-Star Team. He also represented his nation at the 2015 Copa América, the Copa América Centenario in 2016, and the 2019 Copa América, winning a third-place medal in 2016.

Once considered to be among the best young players in the world, James Rodriguez is a versatile footballer who can play in several positions across the midfield or front-line, having played as a playmaker, winger, and central midfielder for both club and country, although he has stated in interviews that his preferred role is as an attacking midfielder behind the strikers. Praised for his pace, technical skills, vision, and his ability to create chances for teammates as an advanced playmaker, James' performances as a classic number 10 have led to comparisons with the famous Colombian footballer Carlos Valderrama; Valderrama himself declared James as his "successor".

"He has the ability to see the hole where others cannot find it. This has already been shown in several games this season. His vision of the game is reminiscent of what Michael Laudrup had and the great beneficiaries are his teammates."

Although naturally left-footed, James has shown ambidexterity in his dribbling and style of play. His goal scoring abilities were a highlight of the 2014 FIFA World Cup, where he managed to claim the Golden Boot despite Colombia's elimination in the quarter-finals following a 2–1 loss to Brazil. He is also an accurate free-kick taker and a goal threat from anywhere on the pitch. This has made James recognized for his unpredictability as noted by Marca writer Justin Sherman: "One of the differences that James has with other players is that, apart from being very good outside the area, he is also good inside. He has the qualities of a No. 9 and is capable of finishing with a shot from the head or with either foot with great effectiveness.