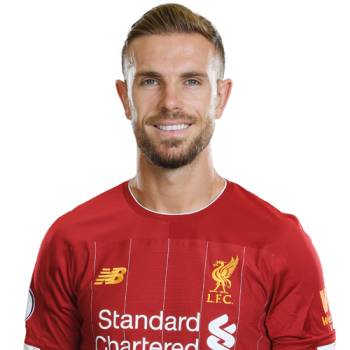 Jordan Brian Henderson is an English professional footballer who plays as a midfielder for Premier League club Liverpool, whom he has captained since 2015, and the England national team.

The midfielder joined the illustrious list of Emlyn Hughes, Phil Thompson, Graeme Souness, and Steven Gerrard by leading the Reds to Champions League glory in Madrid in June 2019.

That 2-0 victory over Tottenham Hotspur marked Henderson’s fifth appearance in a major final since his arrival at Anfield from hometown club Sunderland in the summer of 2011.

Henderson’s standing at Liverpool was underlined when he became the club’s vice-captain in September 2014, before he then took the armband on a permanent basis in July 2015 following Gerrard’s departure.

A player whose physical, mental, and footballing gifts enable an ability to excel in a variety of midfield roles, Henderson has made more than 300 appearances for Liverpool under three different managers.

Following Jürgen Klopp’s arrival in October 2015, the England international was primarily positioned as the Reds’ ‘No.6’, the team’s deepest-lying midfielder.

However, a late-season switch to a more advanced post saw Henderson flourish in the latter stages of a 2018-19 campaign that ended with Liverpool boasting a club-record total of 97 points in the Premier League and the crown of European champions.