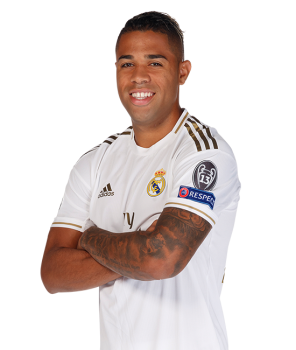 Mariano Díaz Mejía known as Mariano is a Spanish-Dominican professional footballer who plays as a striker for Spanish club Real Madrid.

Shortly after making his senior debut for Badalona in 2011, Mariano joined Real Madrid, where he played in the C-team and then the reserves, where he was the top scorer in the 2015–16 Segunda División B. He then began playing with the first team and was part of their squad that won La Liga, the UEFA Champions League and the FIFA Club World Cup in 2016–17. He was subsequently signed by Ligue 1 club Olympique Lyonnais but returned to Madrid one year later.

On 30 June 2017, Mariano signed for Olympique Lyonnais. The fee was reported as €8 million plus 35% interest on the capital gain of a potential future transfer. He made his debut on 5 August in the first match of the 2017–18 Ligue 1 season against Strasbourg, scoring twice in a 4–0 home win. He totaled 18 goals for the league season, forming a prolific attacking trio alongside Memphis Depay and Nabil Fekir (19 and 18 goals respectively).

On 29 August 2018, Real Madrid announced they had signed Mariano on a five-year contract. As Real Madrid owned 35% of his playing rights, the fee was reduced to €23 million. He was issued shirt number 7, previously worn by Cristiano Ronaldo. After his second spell at Madrid started, Mariano made his debut for the club on 19 September 2018, coming on as a 73rd-minute substitute against Roma in the first fixture of the 2018–19 UEFA Champions League group stage, and scored the last goal of a 3–0 victory with a curved shot from outside the penalty area. On 1 March 2020, after just one minute of coming off the bench during his first league appearance of the season, he doubled Real Madrid's lead in a 2–0 victory against FC Barcelona in the 90th minute.

Mariano is eligible for the Dominican Republic through his mother, a native of San Juan de la Maguana. He made his international debut on 24 March 2013 in a friendly against neighbors Haiti and scored the last goal of a 3–1 victory. He later retired from the national team to focus on his career at Real Madrid and also avoid being cap-tied with the Dominican Republic, in view of a possible call up for the Spain national team. In December 2017, then-Spain manager Julen Lopetegui said he was monitoring Mariano for a call-up.