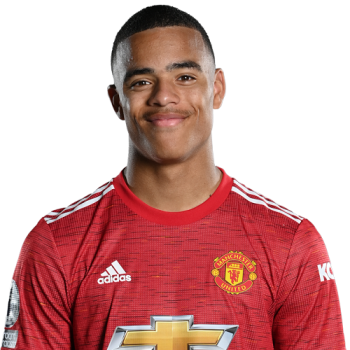 Mason Will John Greenwood is an English professional footballer who plays as a forward for Premier League club Manchester United and the England national team.

Greenwood made his first start for Manchester United in 2019 in a UEFA Europa League match against Astana, in which he scored becoming the club's youngest ever goalscorer in European competition at the age of 17 years, 353 days.

Greenwood made his debut for England under-21 in the qualifying for the 2021 UEFA European Under-21 Championship.

Greenwood began his career as a midfielder but gradually evolved into a center forward.

He often plays on the right flank for Manchester United, as well as moving more centrally to occupy as a second striker when the ball is fed into the penalty area.

During his early career, several of his goals have seen him dropping a shoulder or chopping the ball to get it on to his left foot before scoring. He also often reverses his shot by aiming low for the near post from the right of the box.

On 28 October 2020, Greenwood scored his first career UEFA Champions League goal in a 5–0 win over RB Leipzig; the goal came from his first-ever shot in the competition