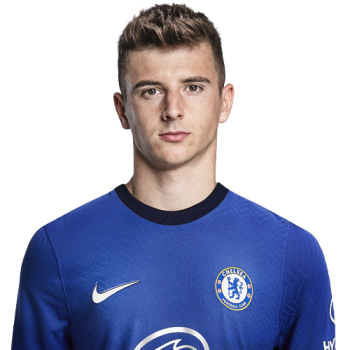 Mason Tony Mount is an English International footballer who plays as a midfielder for Premier League club, Chelsea and the England national team.

Mason Mount has been training at the club since he was six years old and signed at the Under-9 age group.

He began his senior career on loan to Vitesse in the Dutch Eredivisie and Derby County in the  EFL Championship before making his Chelsea debut in 2019.

Mount has always been an attacking midfielder, capable of playing in any of the central midfield roles and is particularly strong at going from box-to-box.

In the EPL 2016/17 season, Mount established himself as a regular with the development squad, scoring his first goal at that level against Liverpool in August. He also captained the Youth Cup side to a fourth consecutive success, netting a hat-trick in our fourth-round win at Birmingham. The midfielder's eye-catching displays earned him plenty of admirers and he rounded off an impressive campaign by setting up the winner in the final as England won the Under-19 European Championship.

After going to the European Under-21 Championship with England in the summer of 2019, Mount returned to Chelsea and signed a new five-year contract.

Under Frank Lampard, He made his Chelsea senior debut and impressing against Man United despite an eventual heavy defeat. He marked his first appearance at the Bridge by opening the scoring early on in the game, and he followed that maiden strike up with another away to Norwich the following weekend.

Mount’s impressive start to life in the Premier League with Chelsea in 2019/20 saw him make his senior England debut at Wembley, coming off the bench in a 4-0 win over Bulgaria in a Euro 2020 qualifier. So quickly did he take to the international scene that he went on to feature in every subsequent match in that successful qualifying campaign.