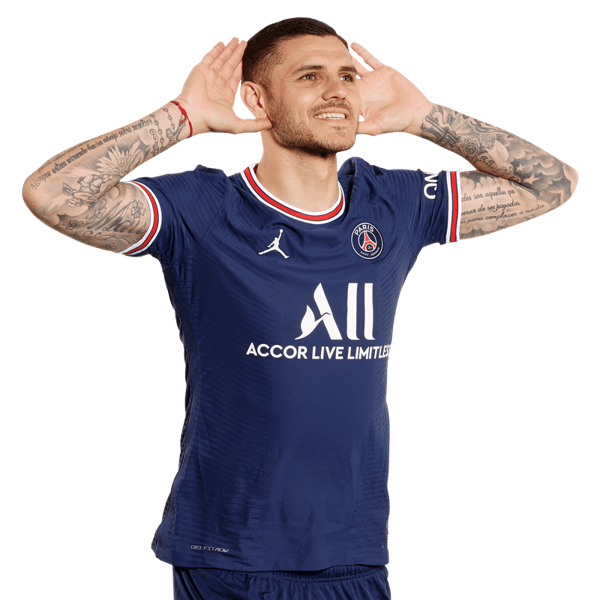 Mauro Emanuel Icardi is an Argentine professional footballer who plays as a striker for Ligue 1 club Paris Saint-Germain and the Argentina national team.

Icardi began his footballing career at the youth teams of Vecindario and passed through La Masia, the youth system of La Liga club Barcelona, before moving to Serie A club Sampdoria to begin his professional career in 2012.

After an impressive season, he joined Inter Milan in July 2013, where he developed into one of the most prolific strikers in Europe. Icardi won the Capocannoniere in both the 2014–15 and 2017–18 seasons and was named the captain of Inter in 2015, at age 22.

Three years later, Icardi was integral for Inter reaching a place in the UEFA Champions League, their first time in six years, as he became the club's eighth-highest goalscorer of all time. In 2019, Icardi signed for Paris Saint-Germain on an initial one-year loan deal, where he won a domestic treble. He then joined the club permanently in a €50 million deal.

Icardi made his senior debut for Argentina in October 2013 but since has played sparingly. Icardi was controversially left out of Argentina's final squad for the 2018 FIFA World Cup.

This has been often accredited to his marriage to Wanda Nara, whose ex-husband is Icardi's former Sampdoria teammate Maxi López. López and Nara divorced because of her exposed relationship with Icardi.